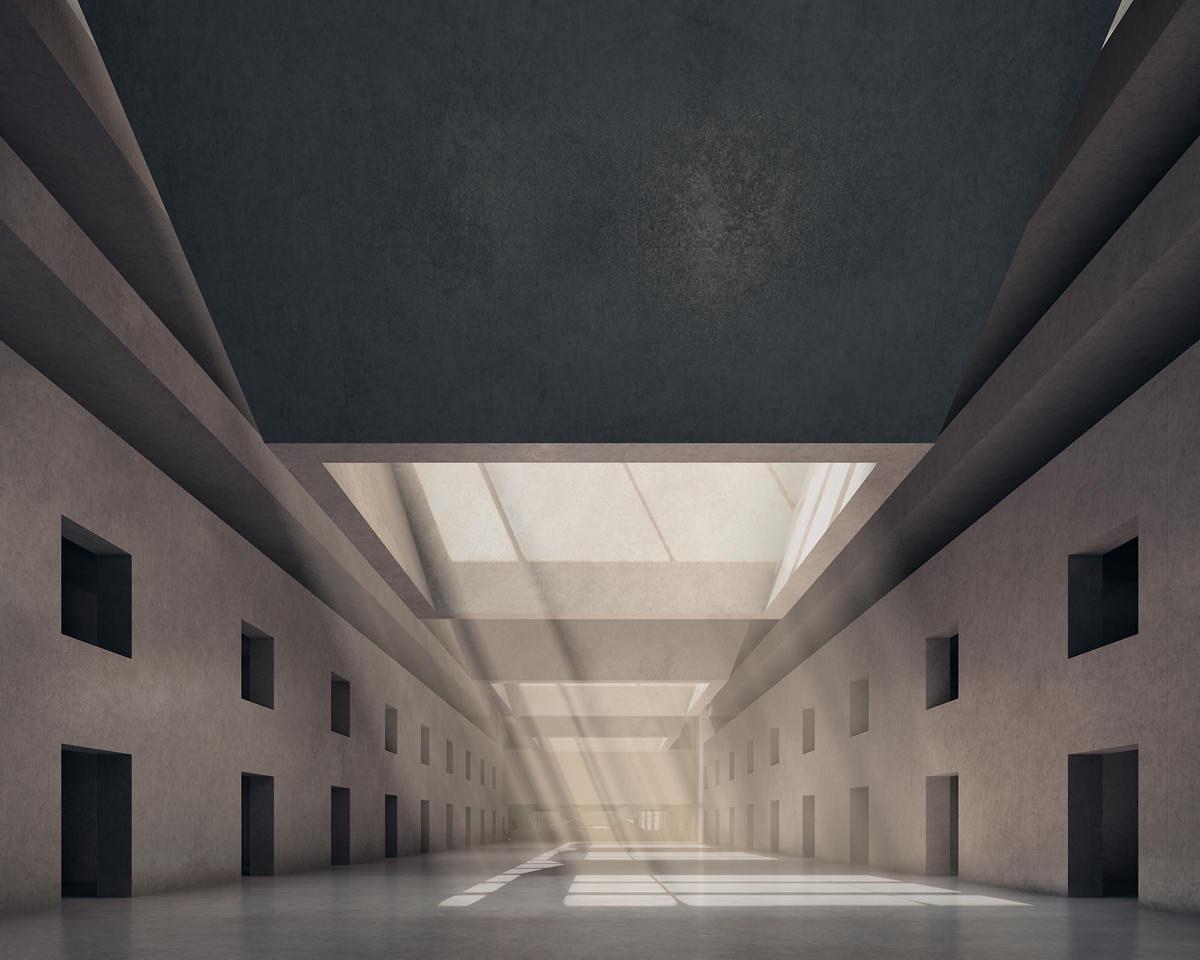 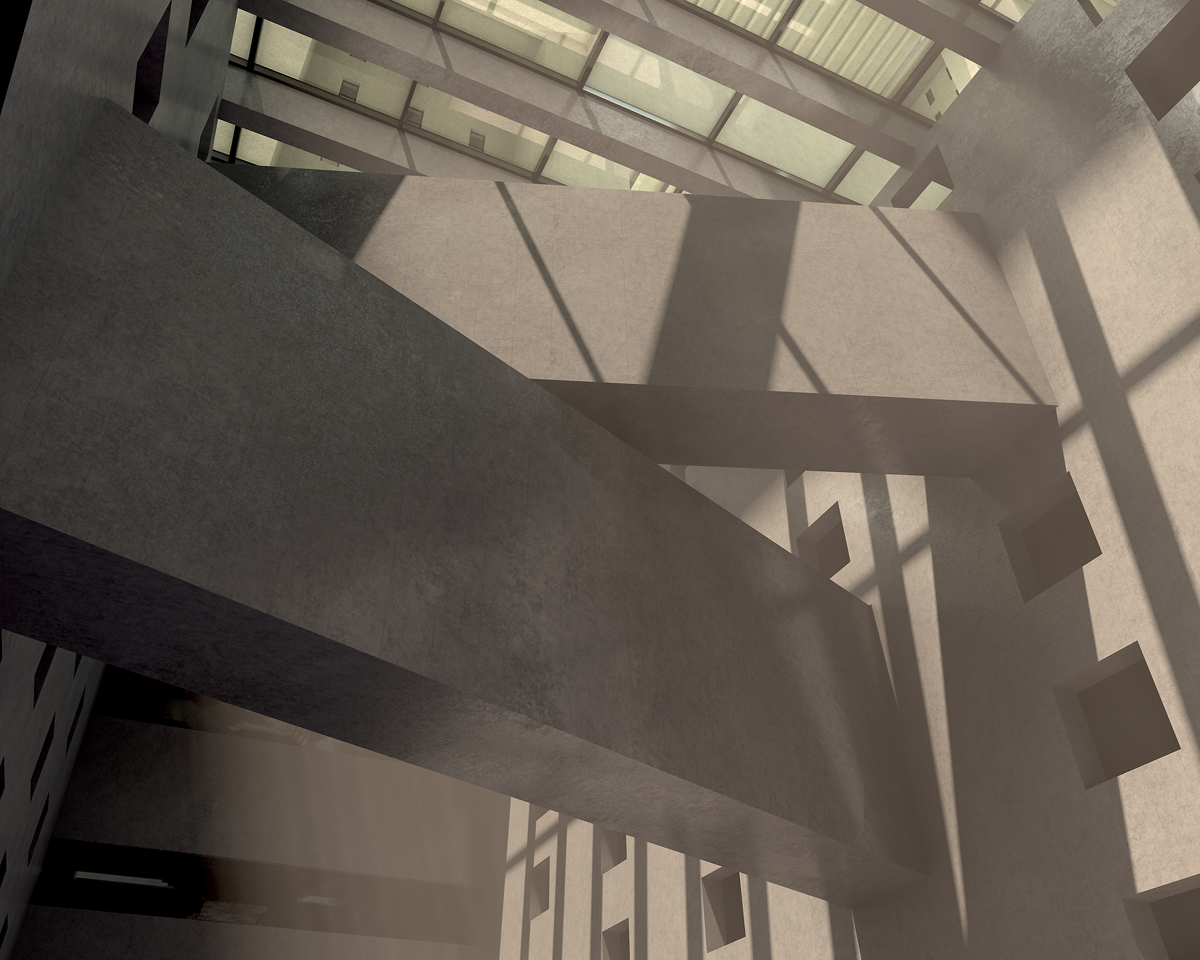 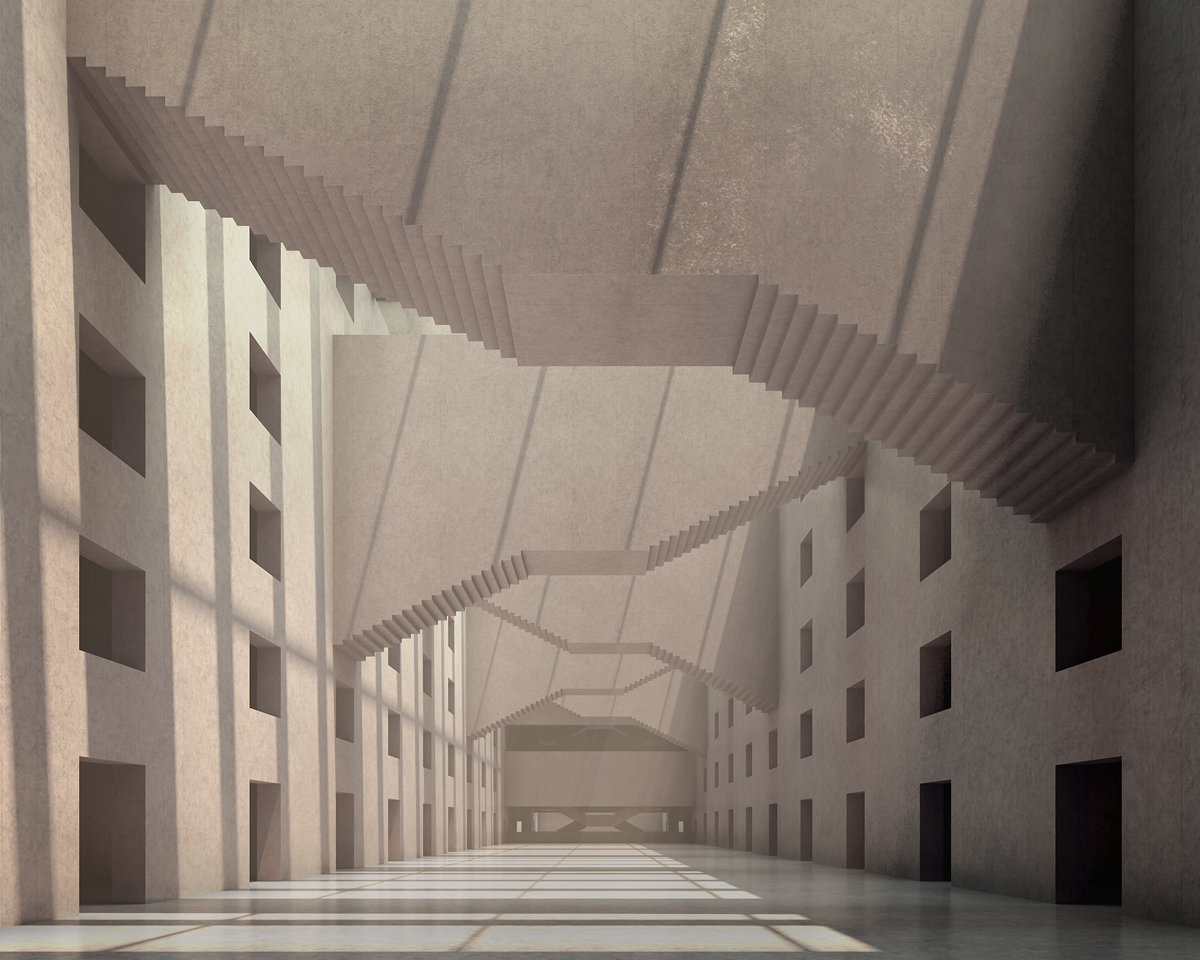 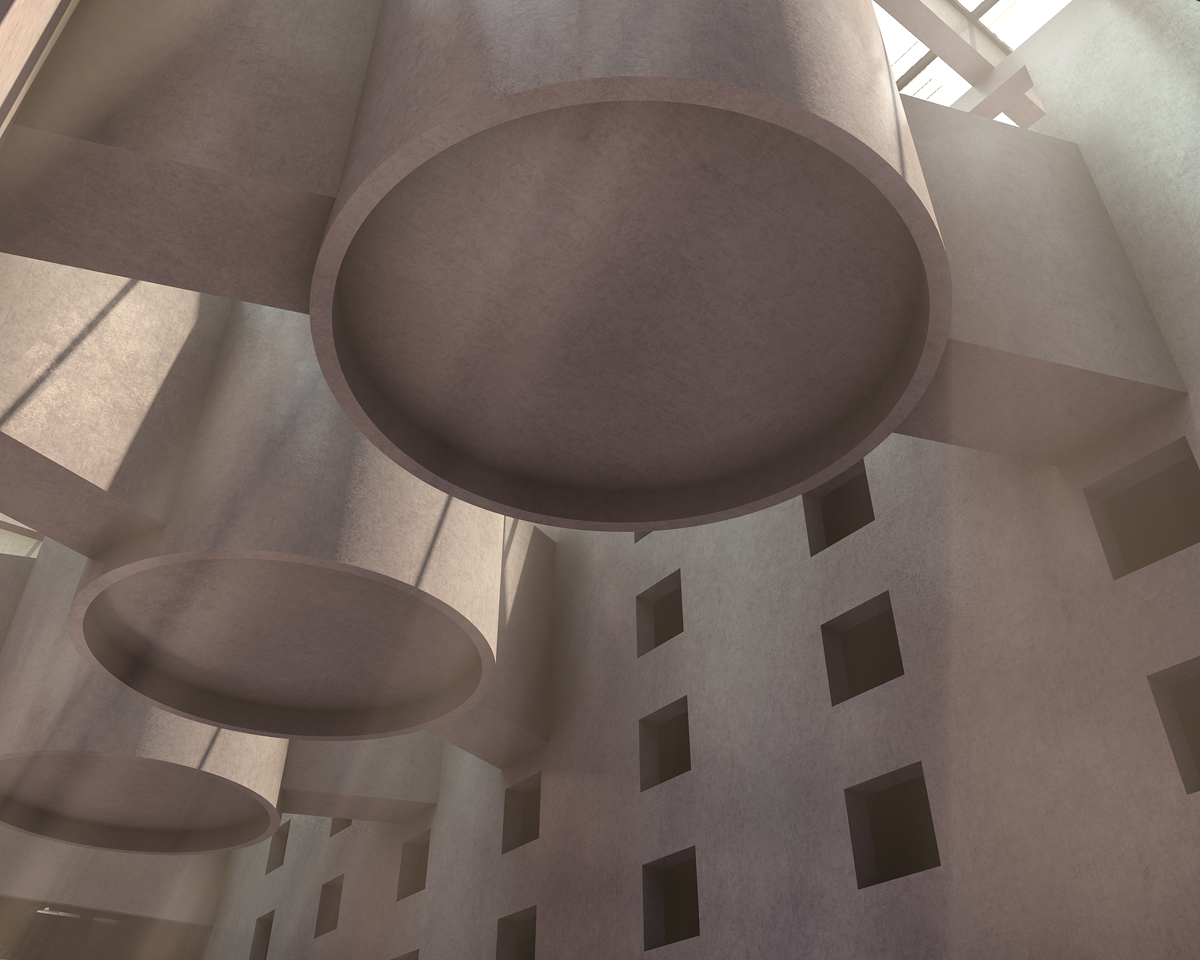 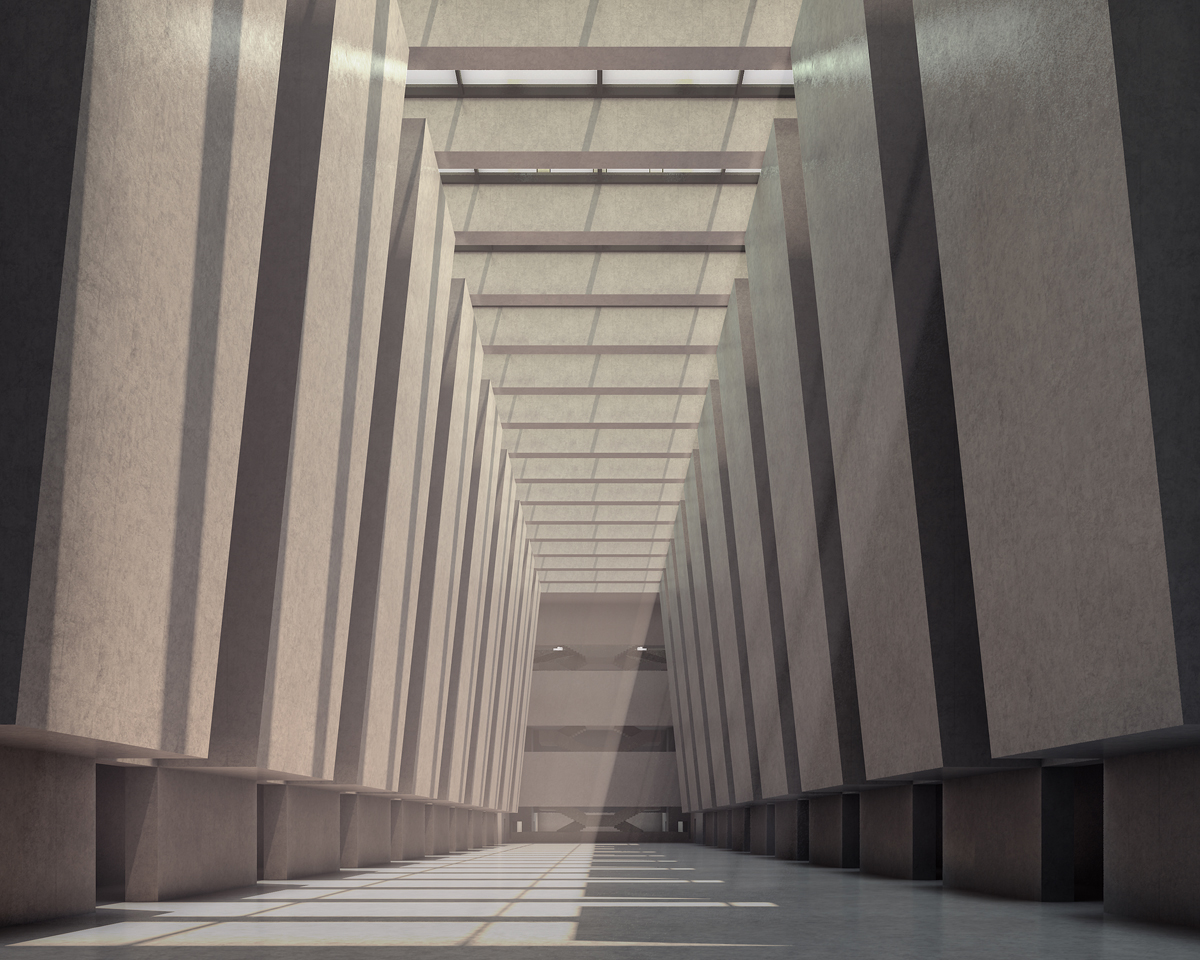 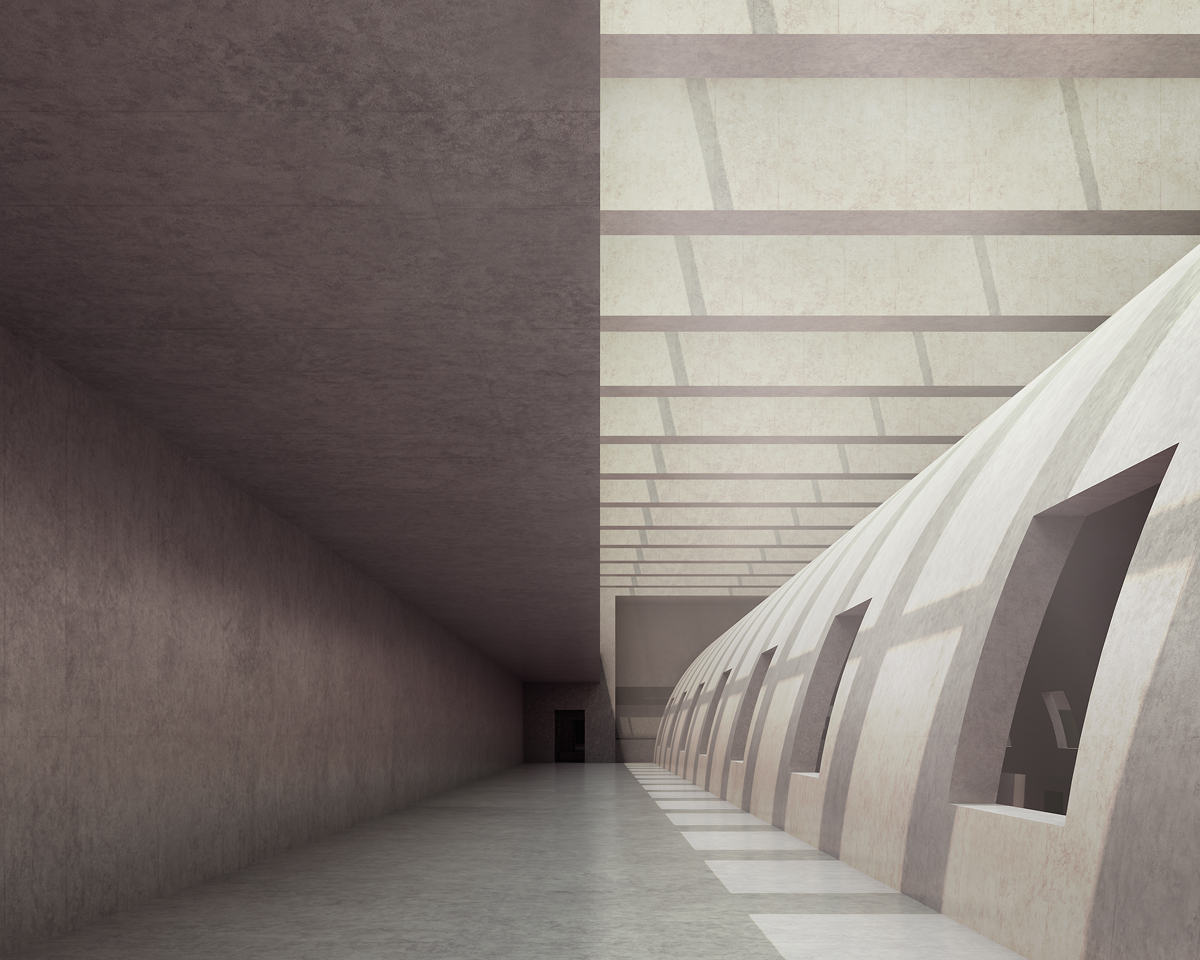 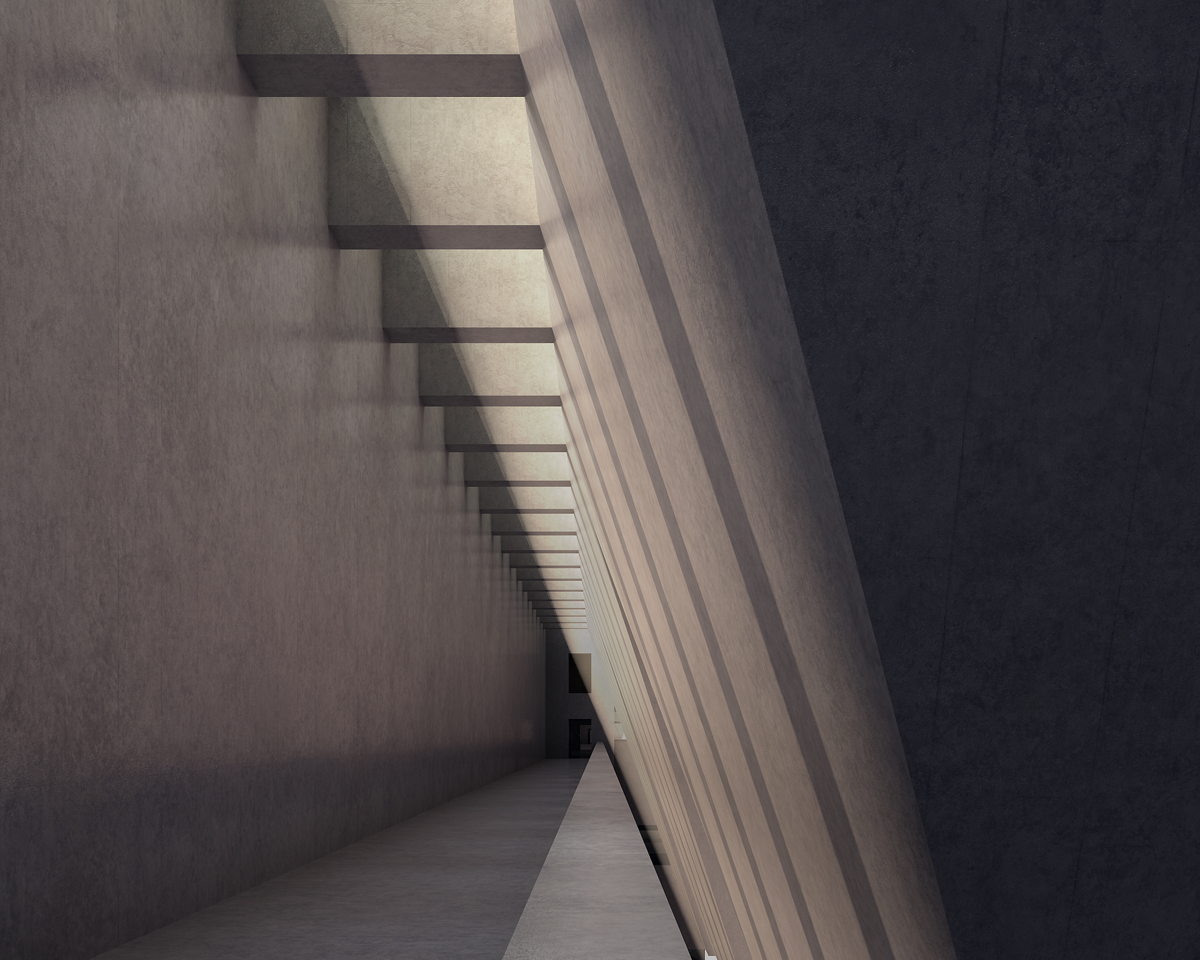 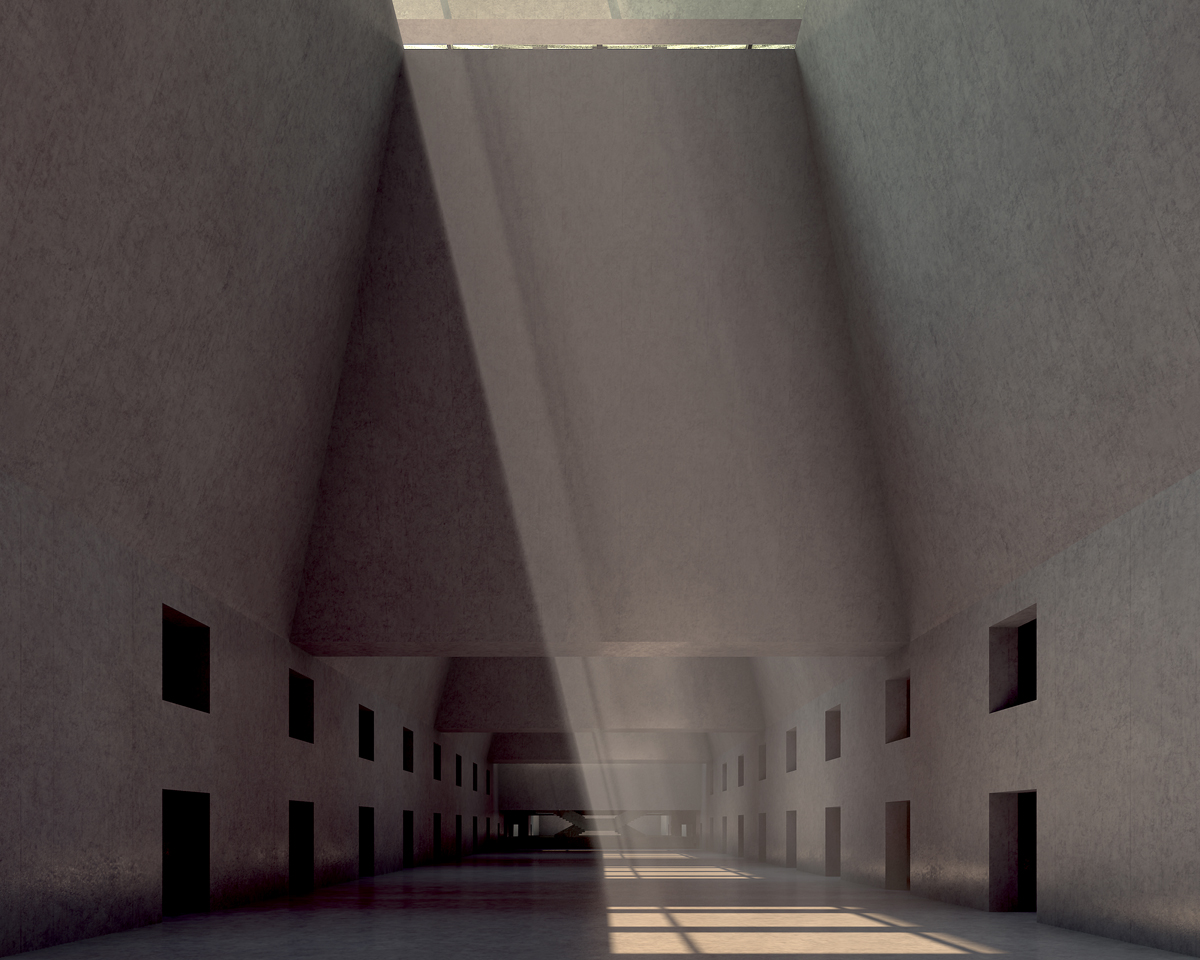 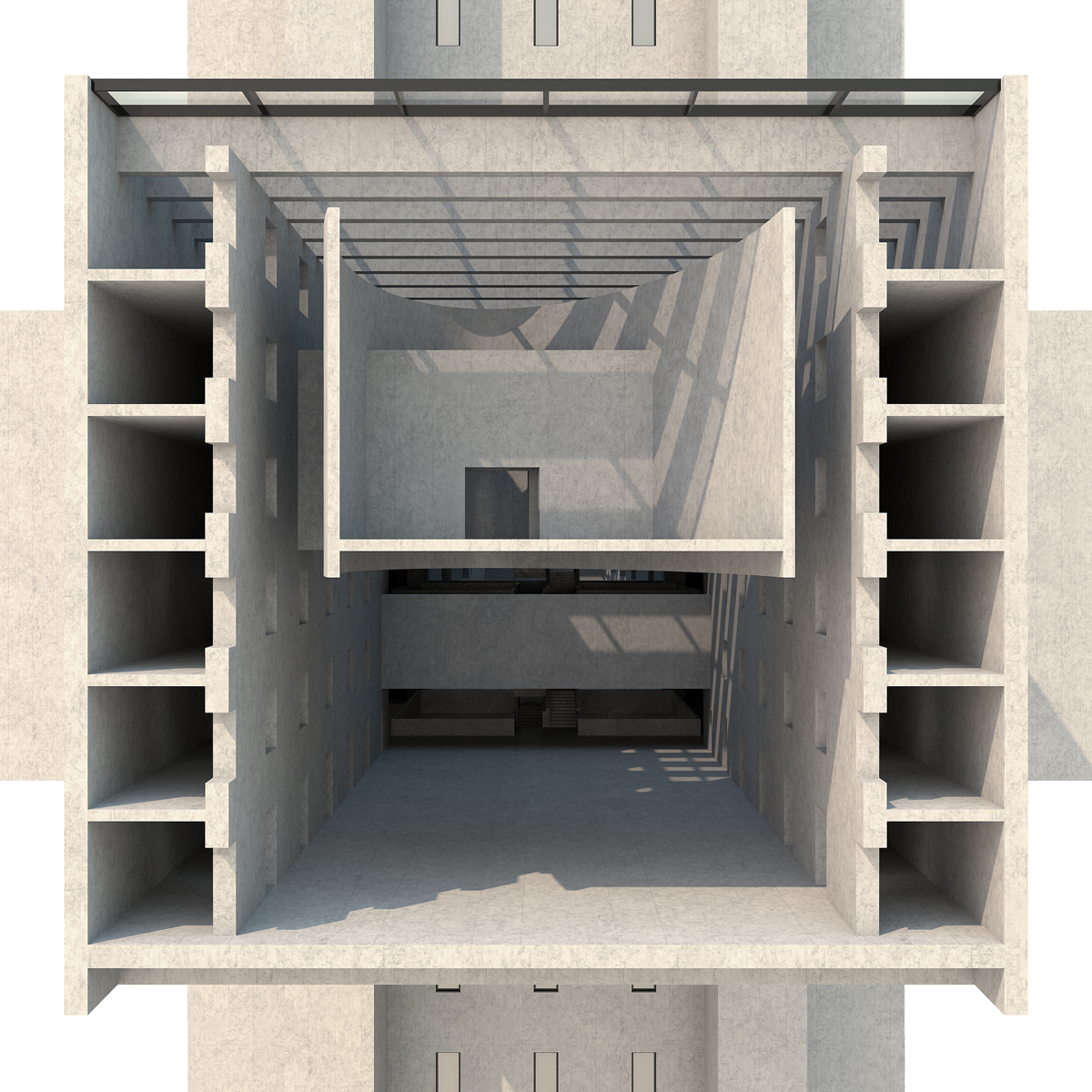 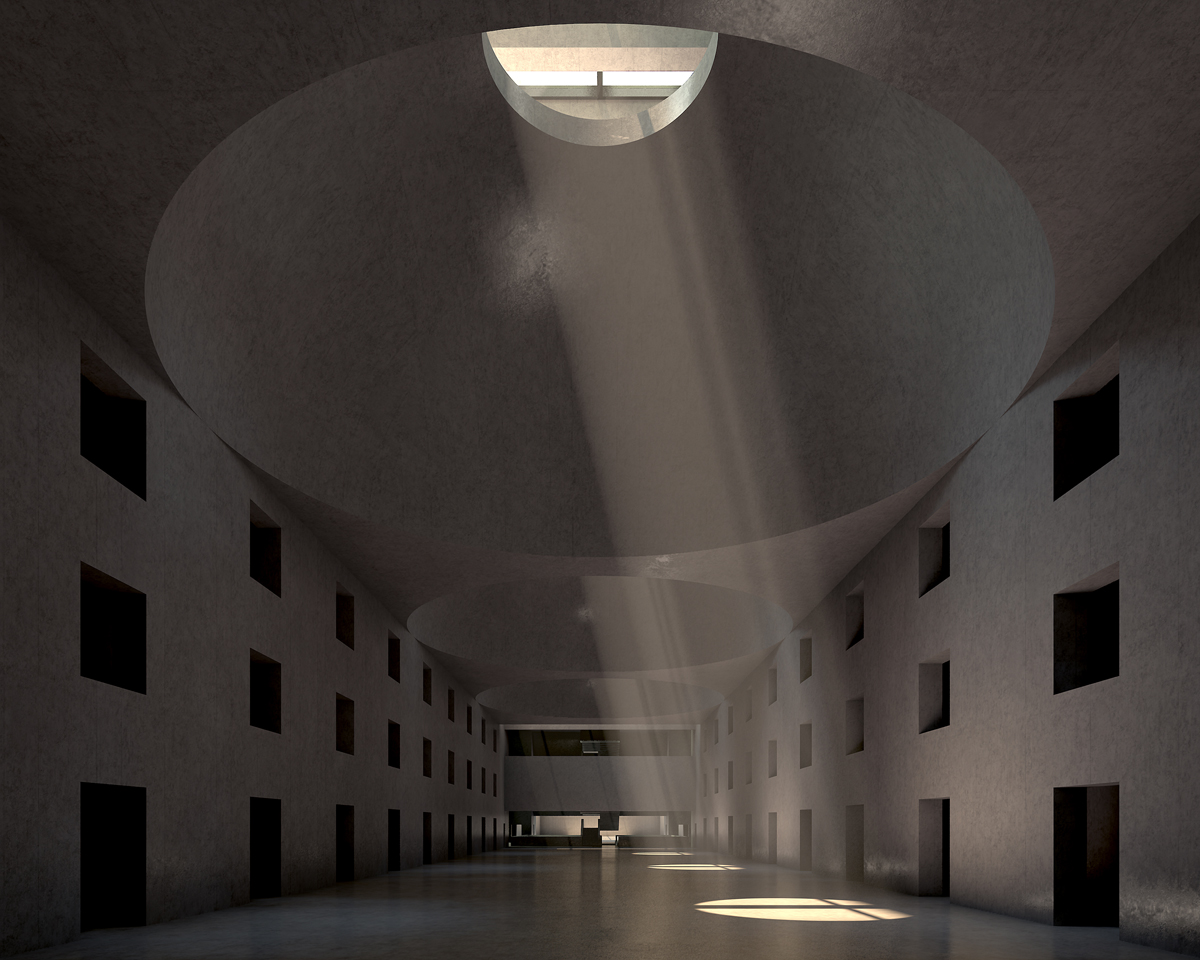 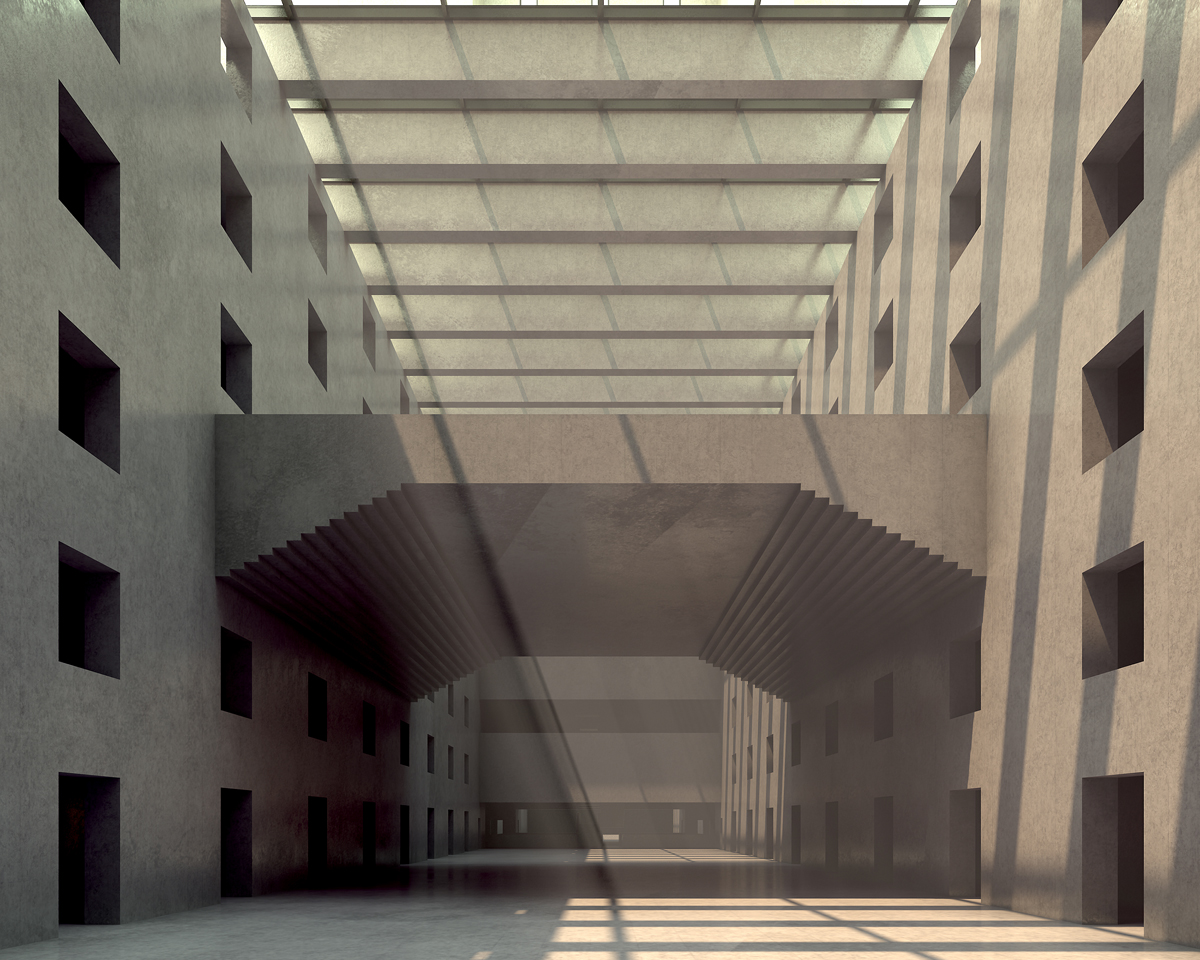 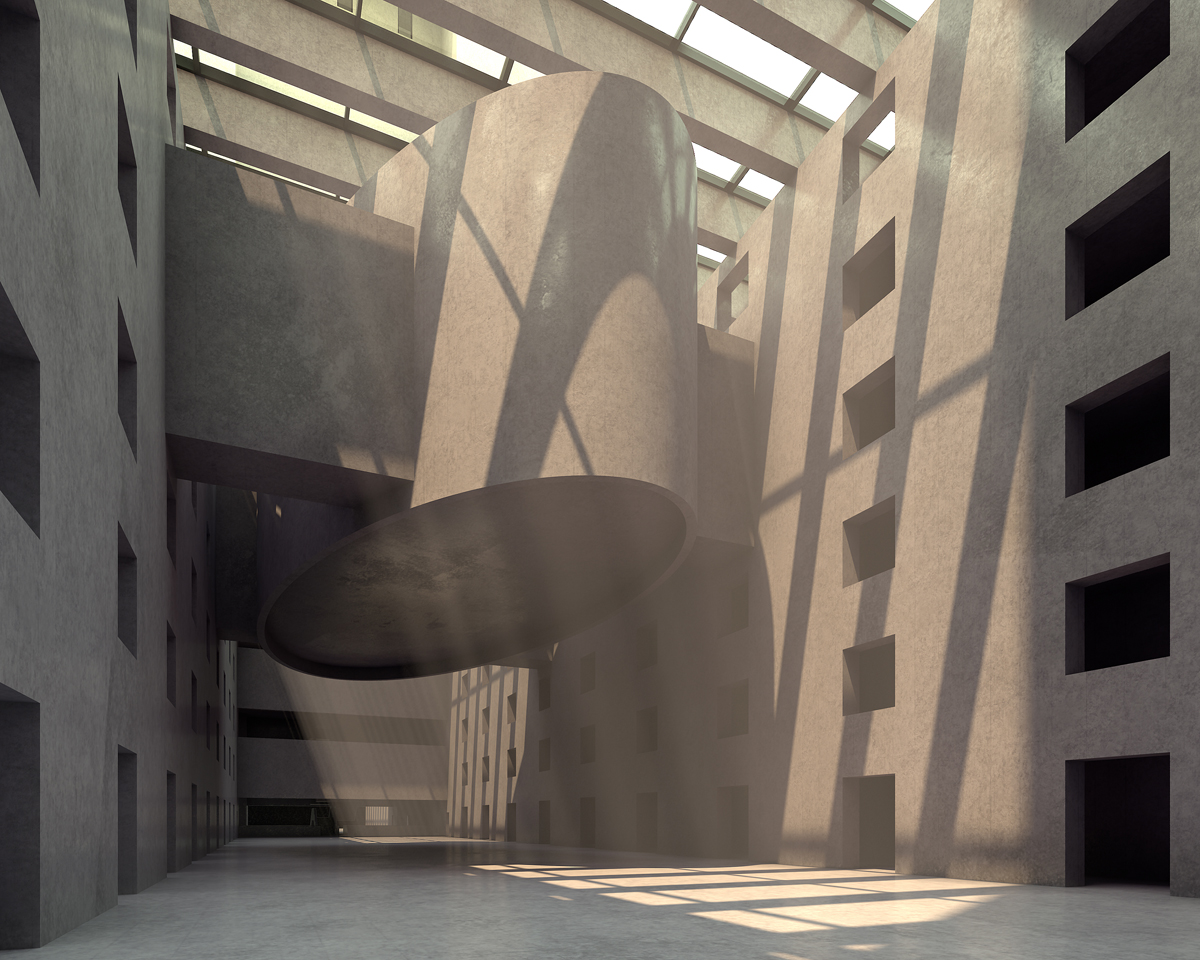 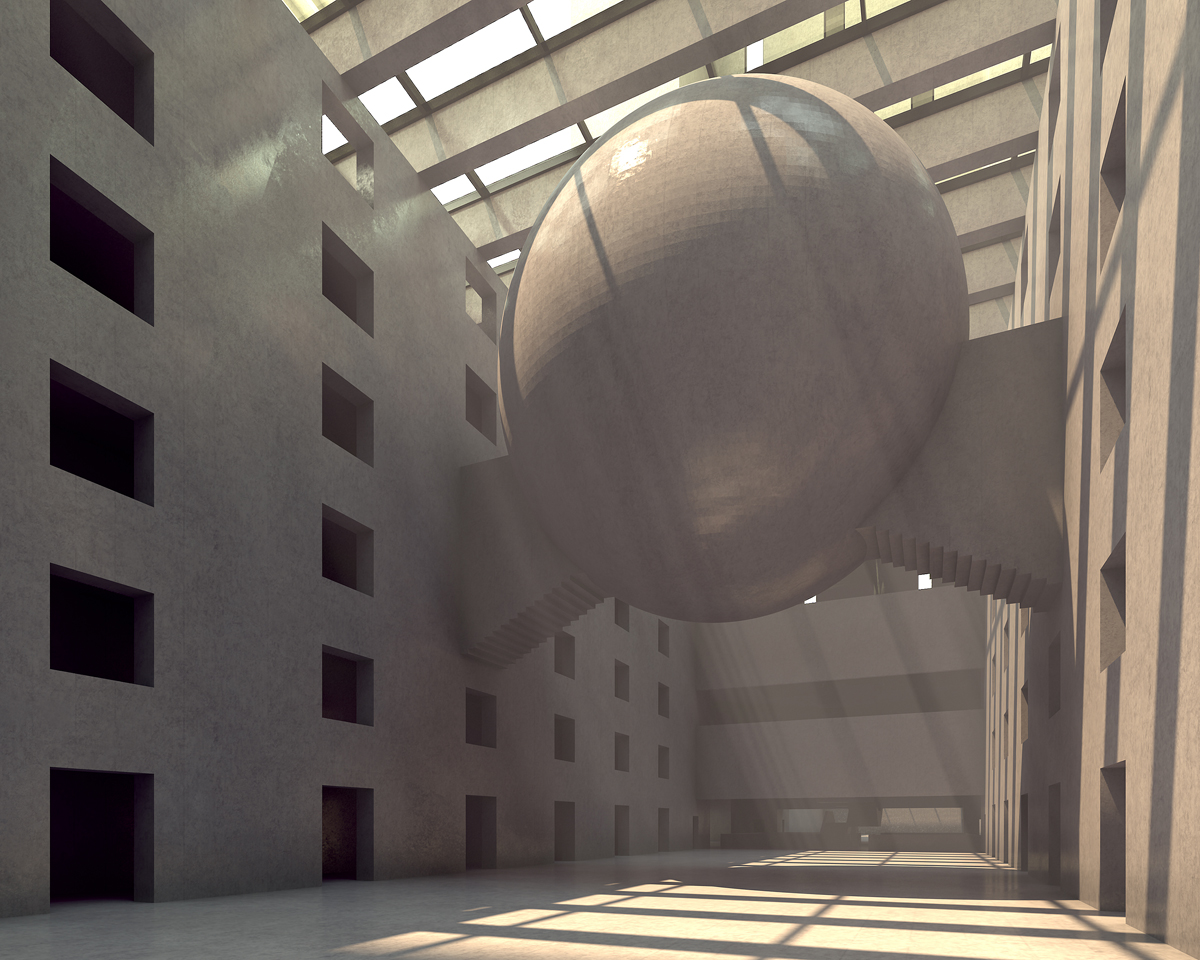 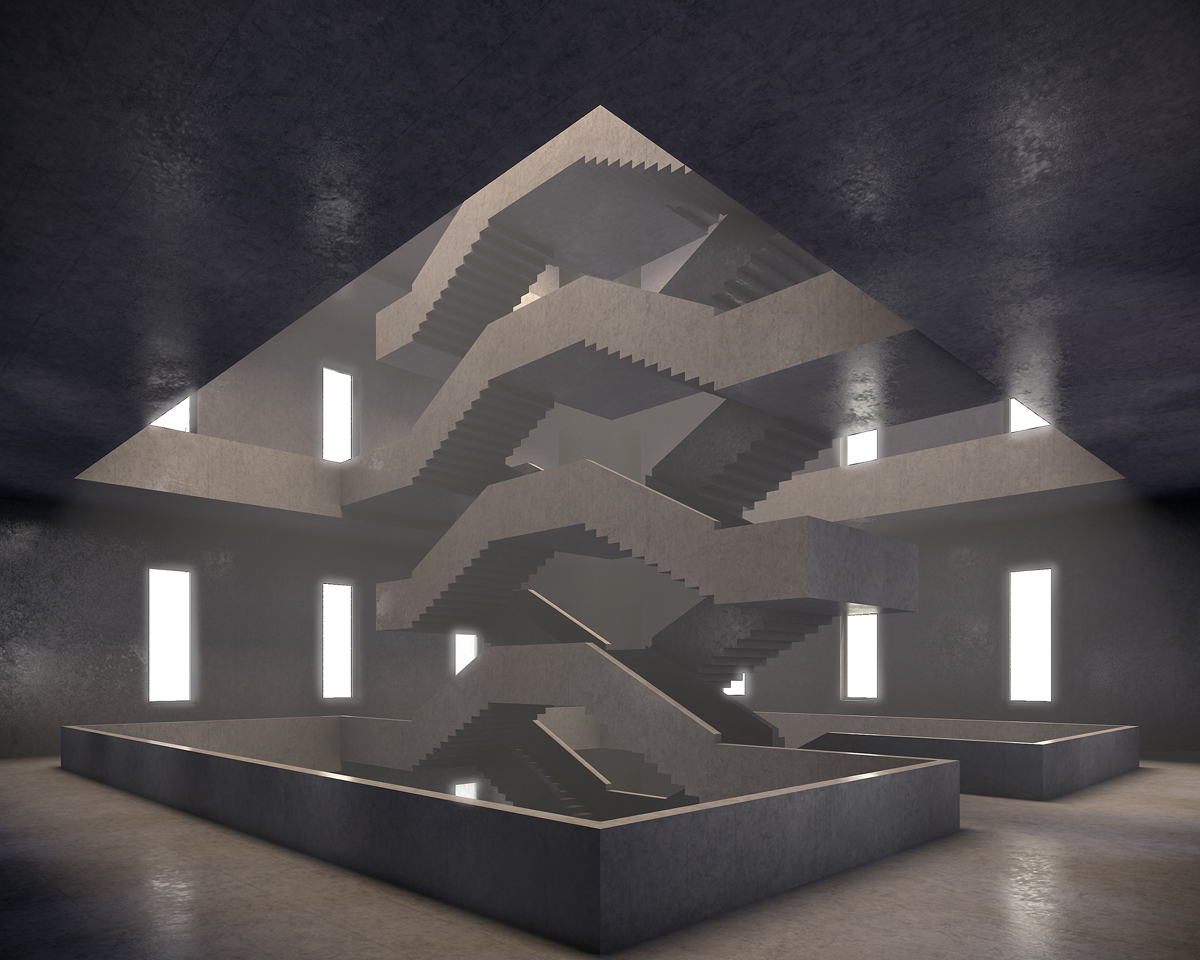 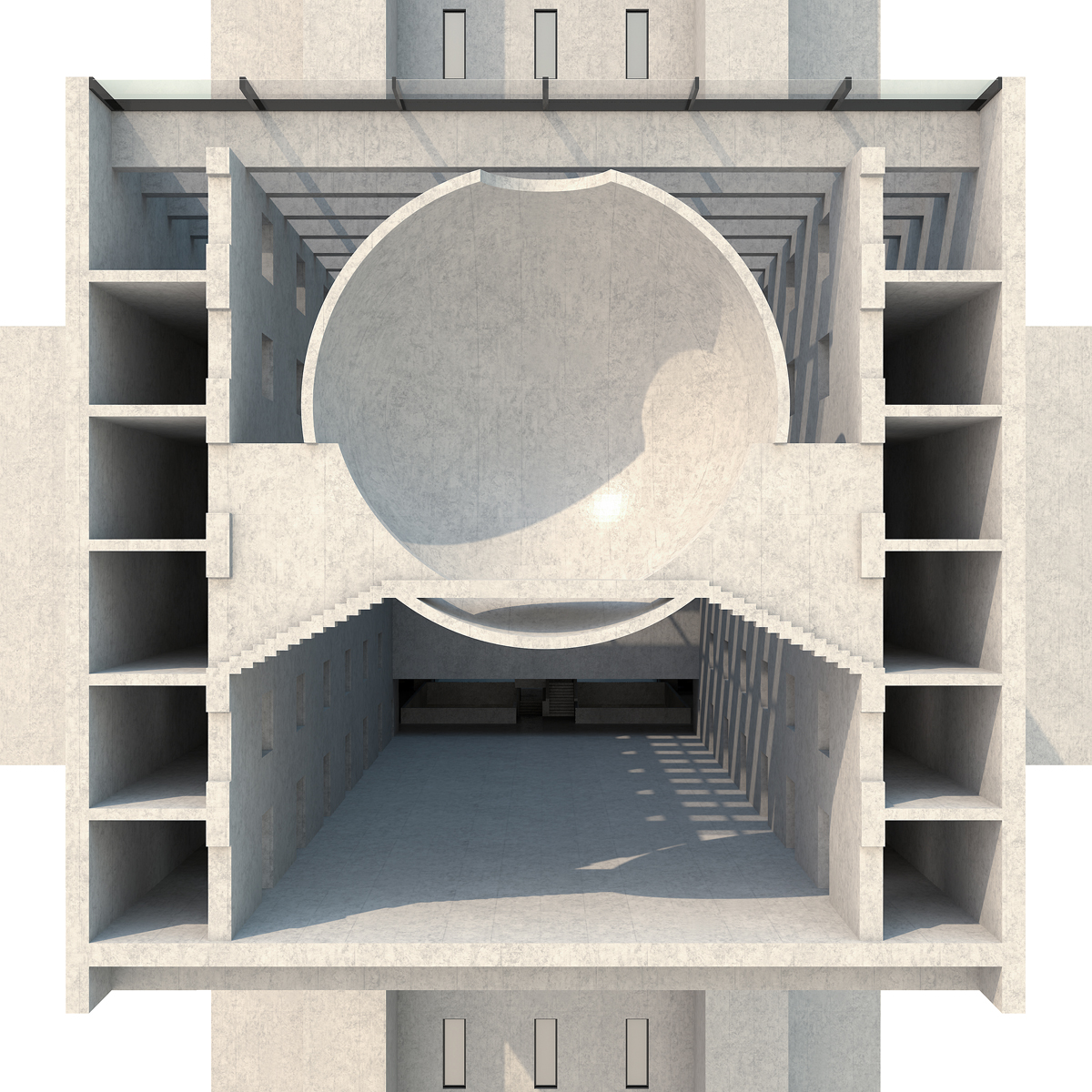 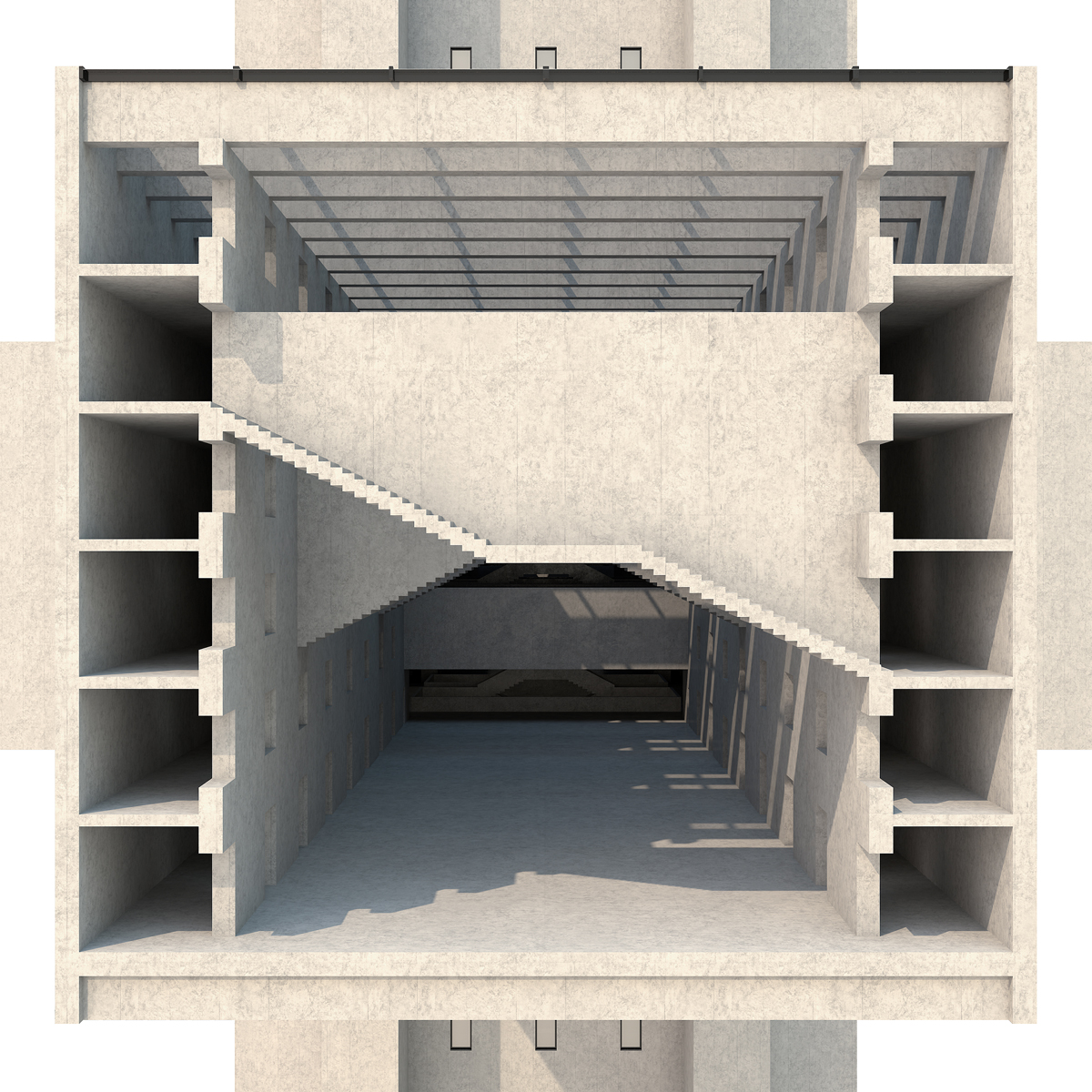 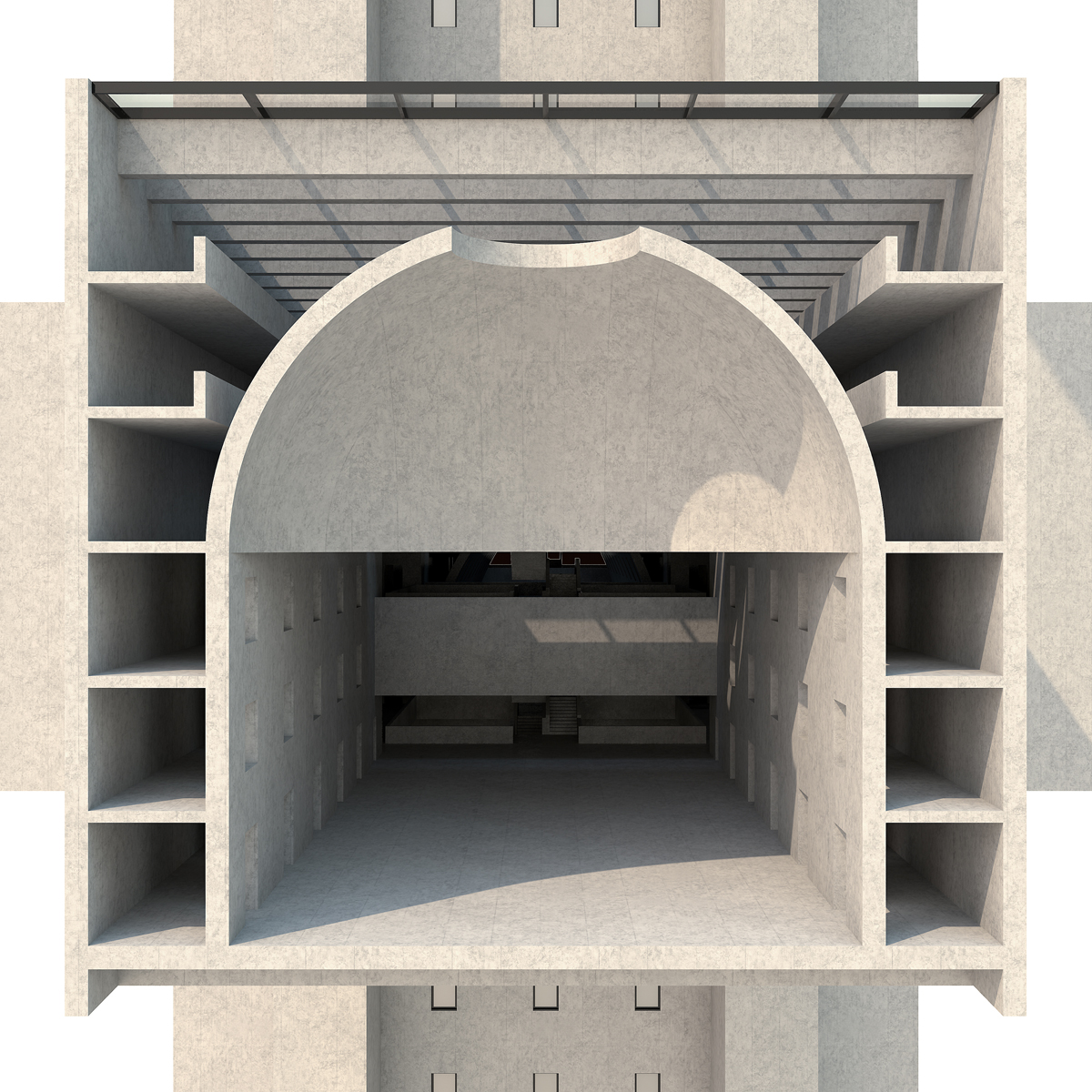 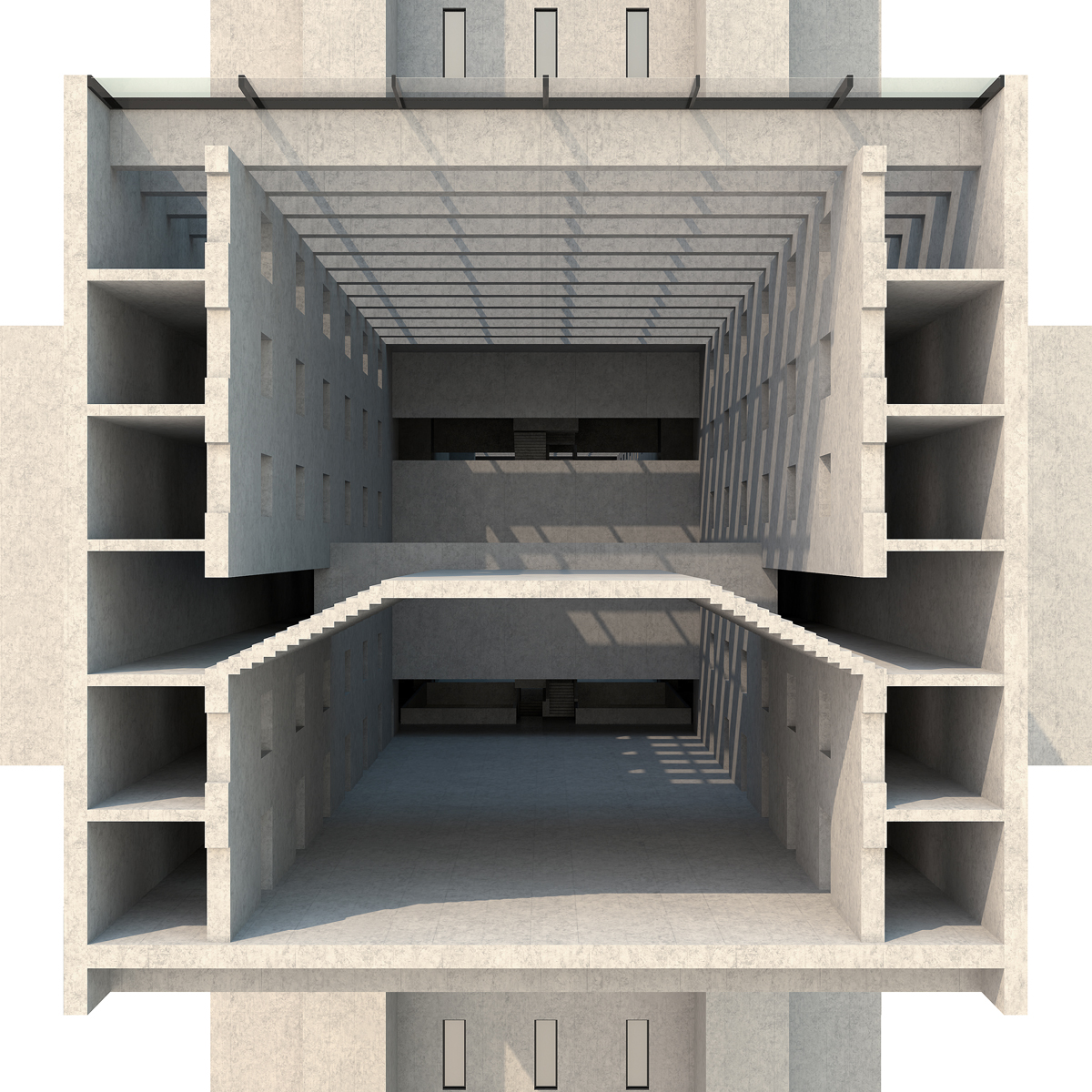 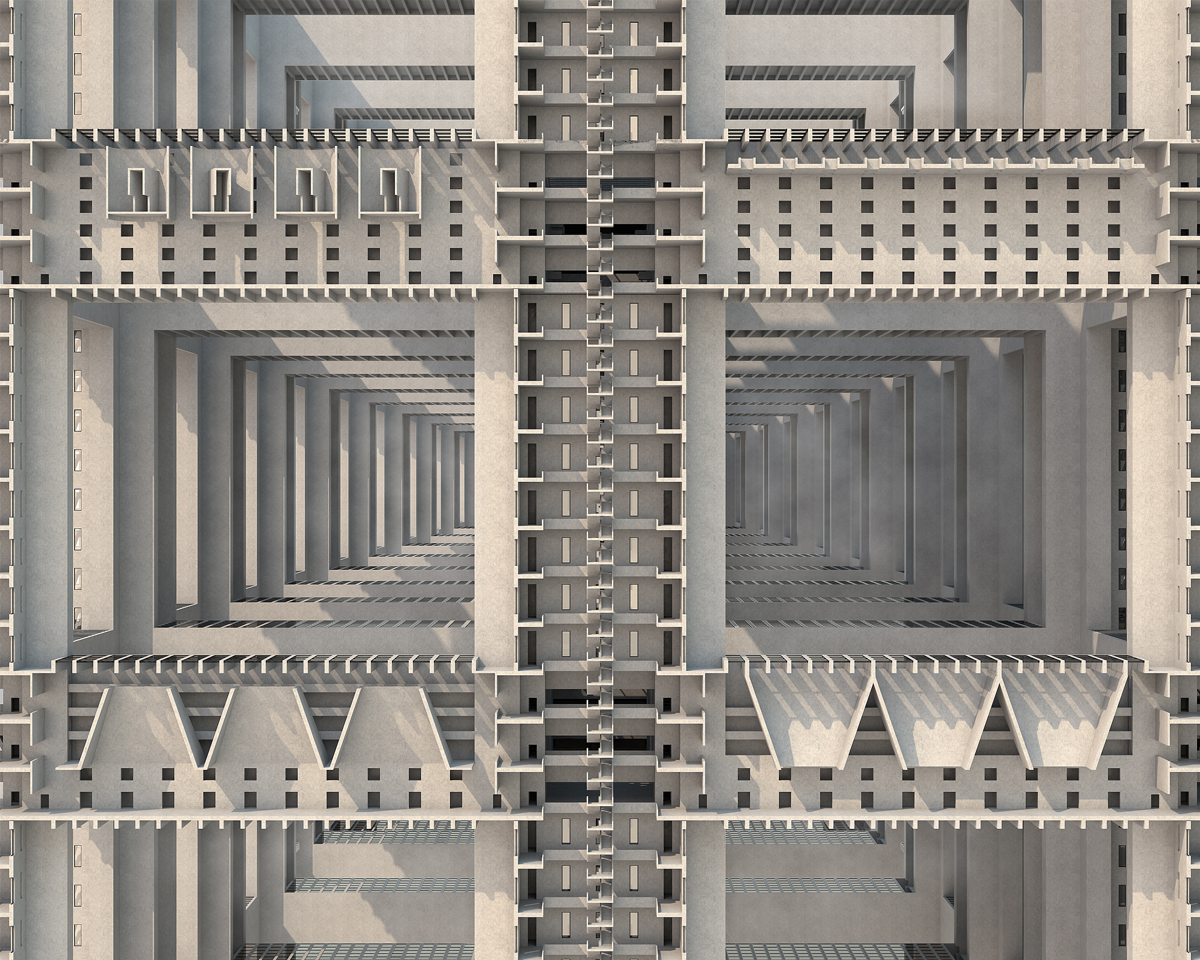 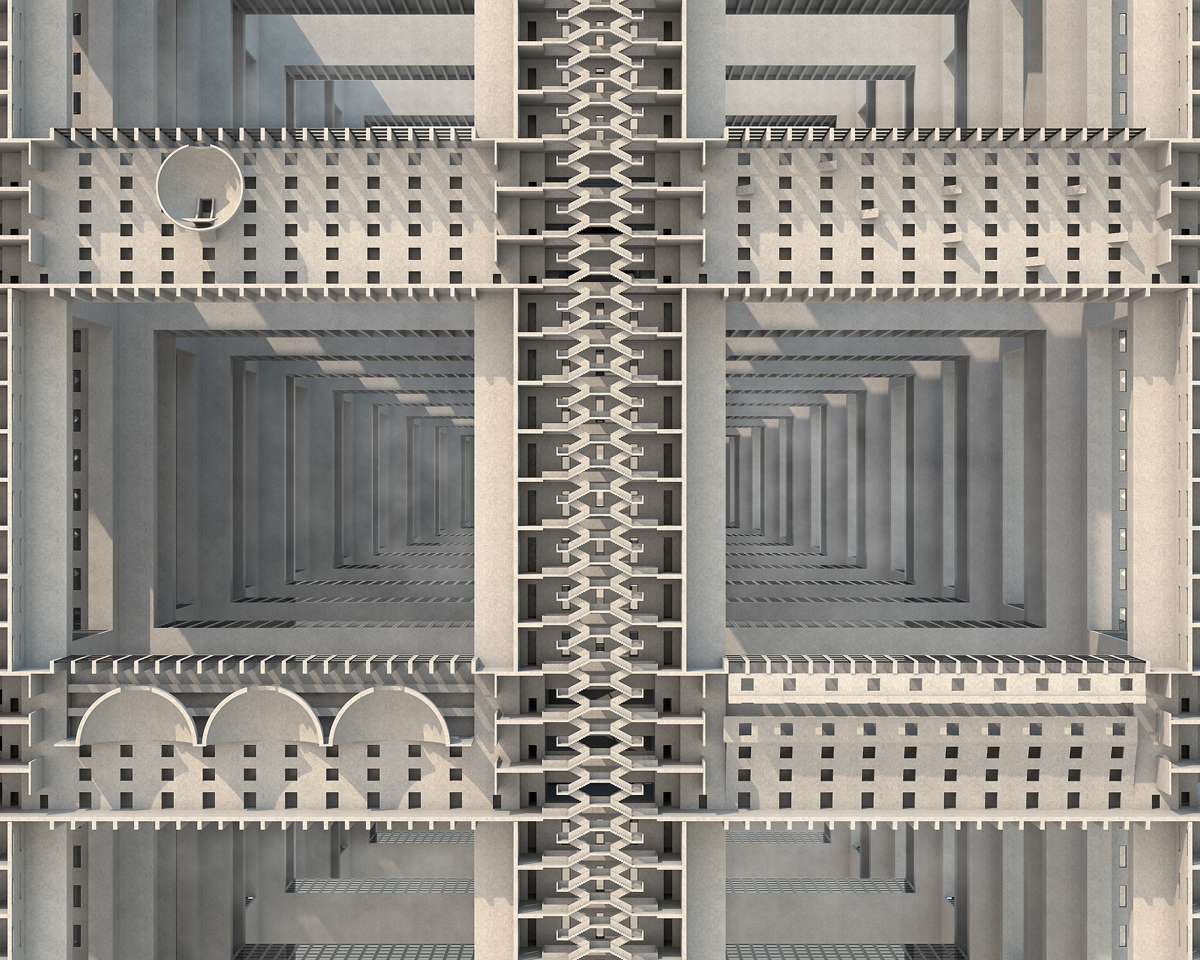 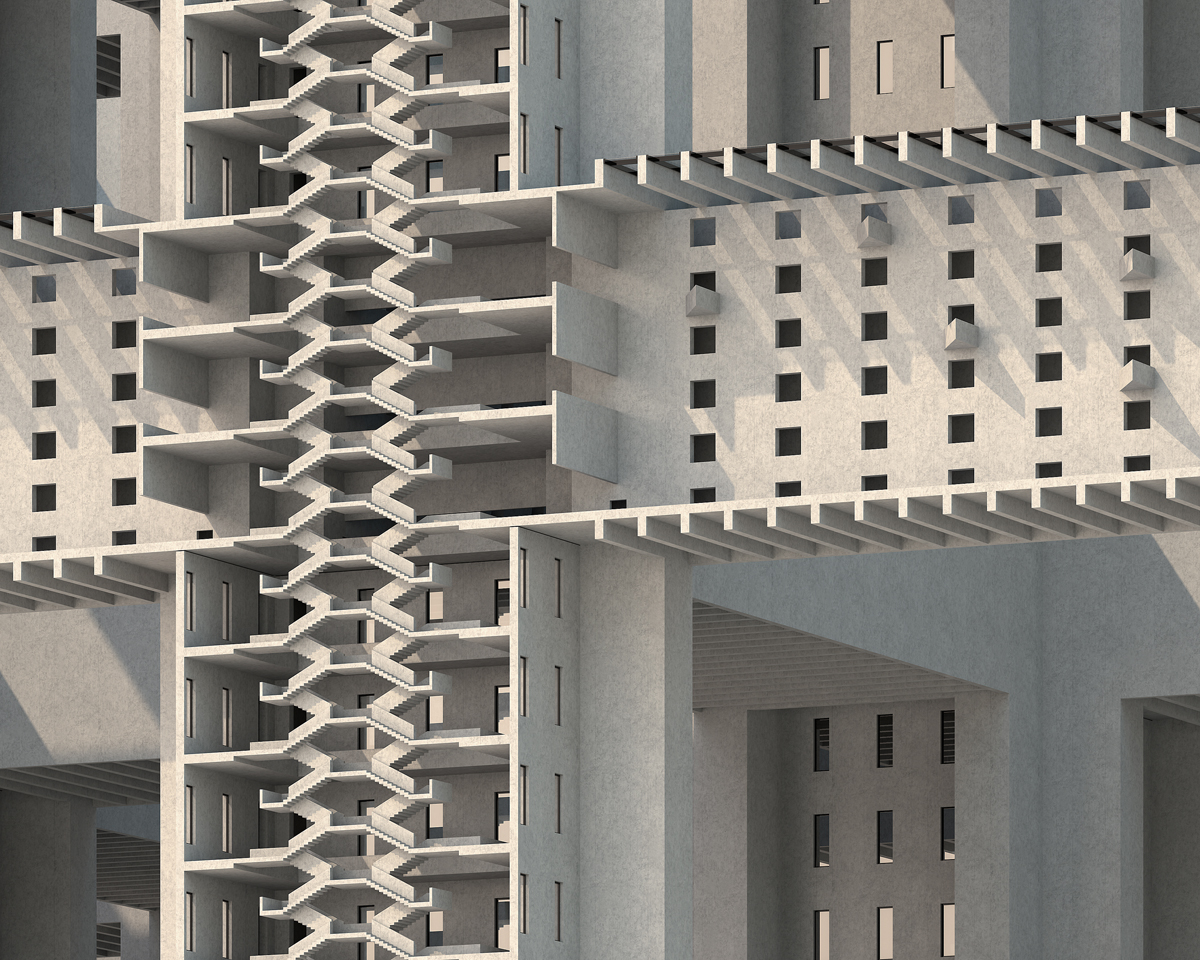 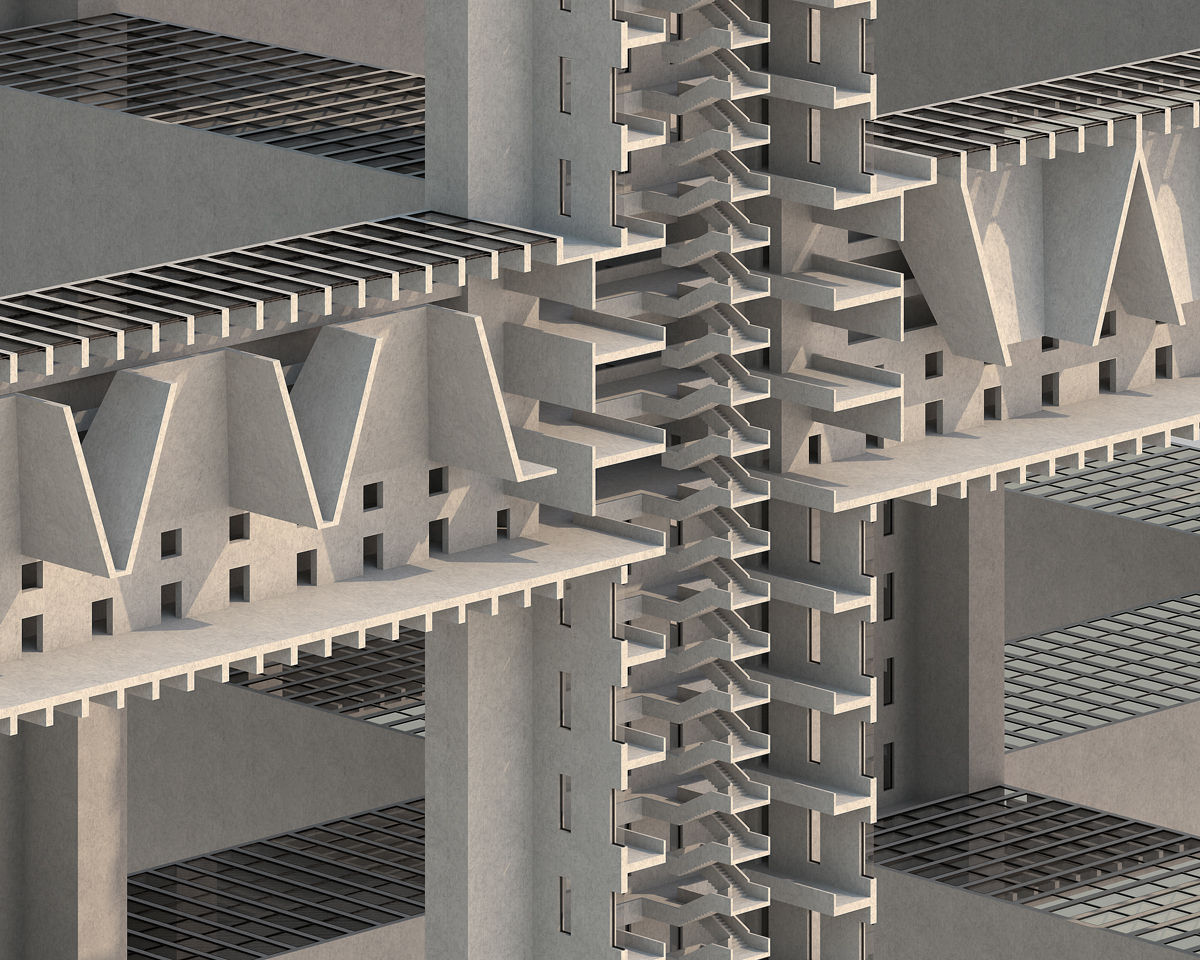 Big Data is regular and immeasurable. The regularity is confirmed by the uniformity of the towers and is contradicted by the infinite variations that make up the interior space of the galleries, each one configured at the same time as a matrix and as a mutation. The fixed scheme of the galleries changes through alterations in the arrangement of the side walls and thanks to an infinite series of plastic forms that inhabit the void, spaces within the space. In some cases these forms are articulated in bridges between the lateral levels, physical and virtual connections of the dual and symmetrical nature of the composition.
Big Data, which apparently contains nothing, actually contains all the majestic flow of information. It is not clear whether Big Data is support or representation of the support. Supporters of the weak truth like to believe that Big Data is simply a simulacrum, but the magnificence of this structure makes superfluous any theoretical speculation. Information continues to accumulate incessantly and tend to total knowledge. A universal and undifferentiated knowledge that suffocates the hierarchies of thought and does not contemplate interpretation, does not allow any work of reduction and forgetfulness.
What is Big Data then? Is it a boundless memory theater with its own laws of disposition of information in recognizable loci? Algorithms do not need ars memoriae. Big Data is more likely a projection, a space of the mind. In this way it would be possible to comprehend the impossibility to walk the external space. Big Data is the ultimate triumph and the programmed end of the physical world and of architecture.
All that is solid melts into air.