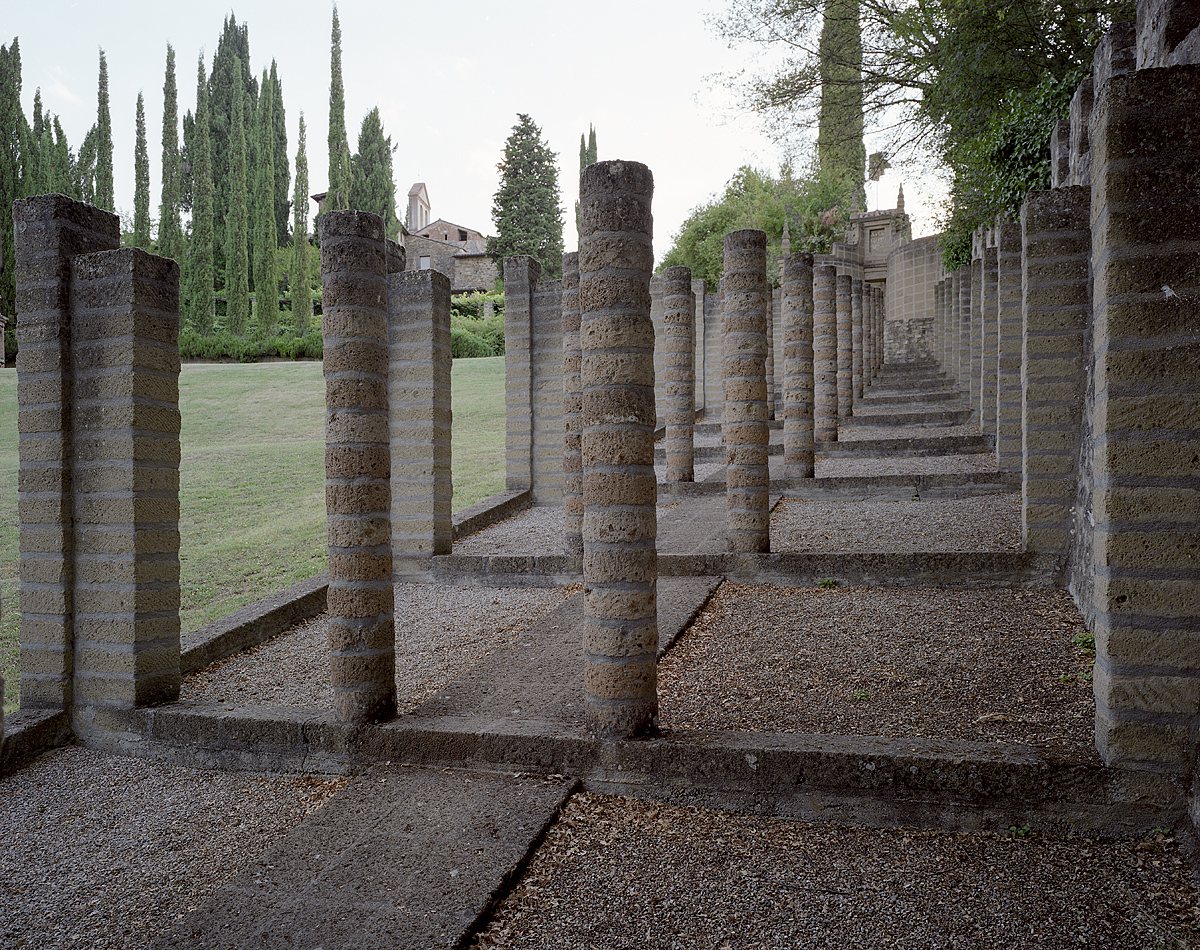 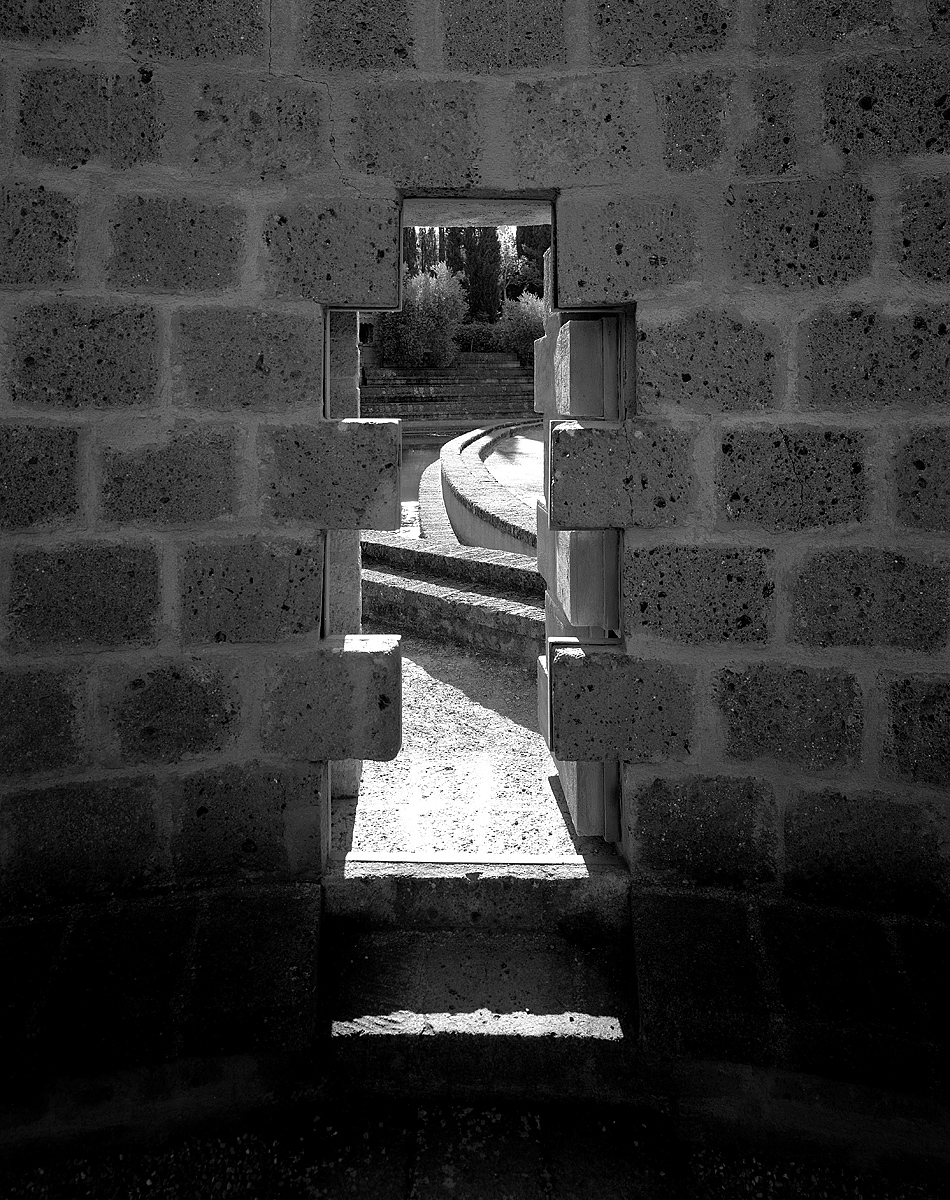 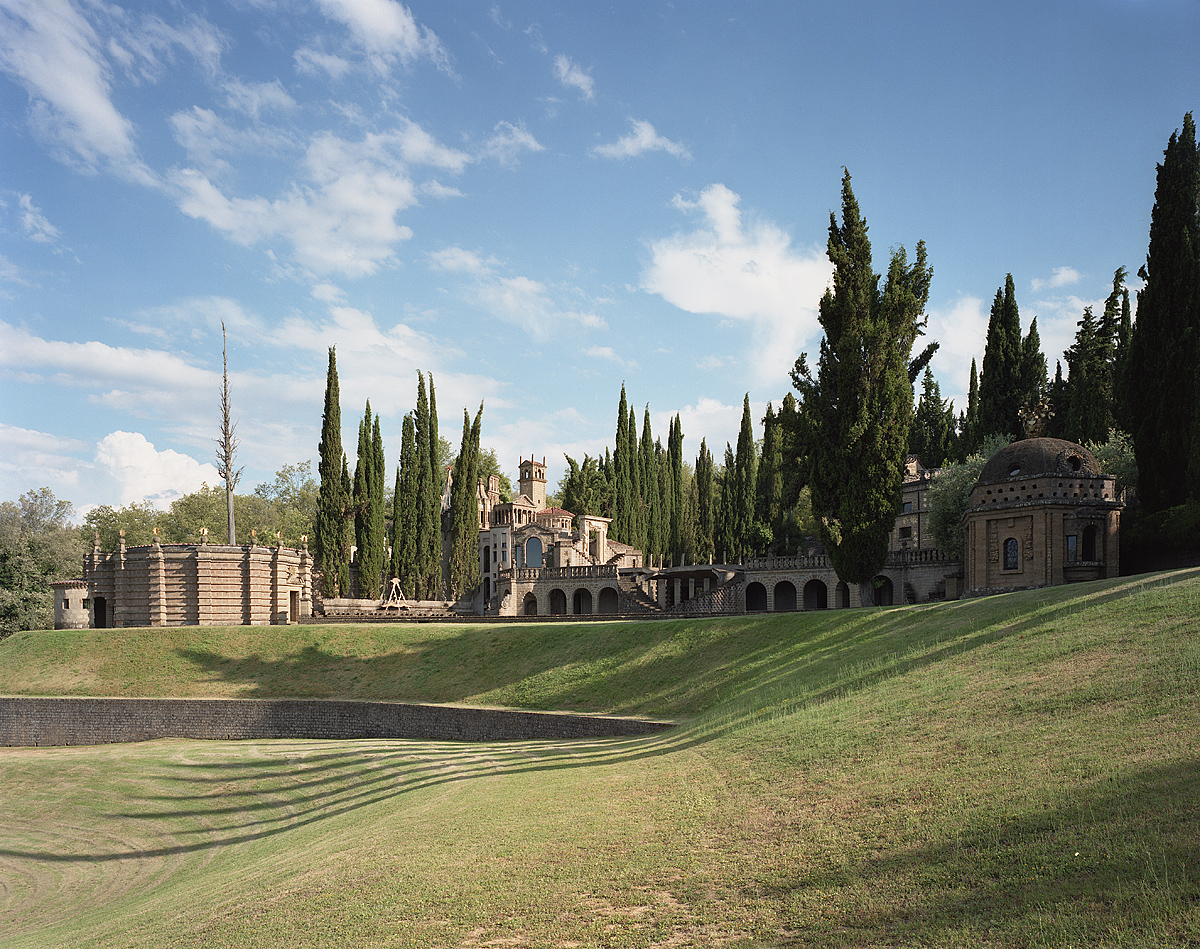 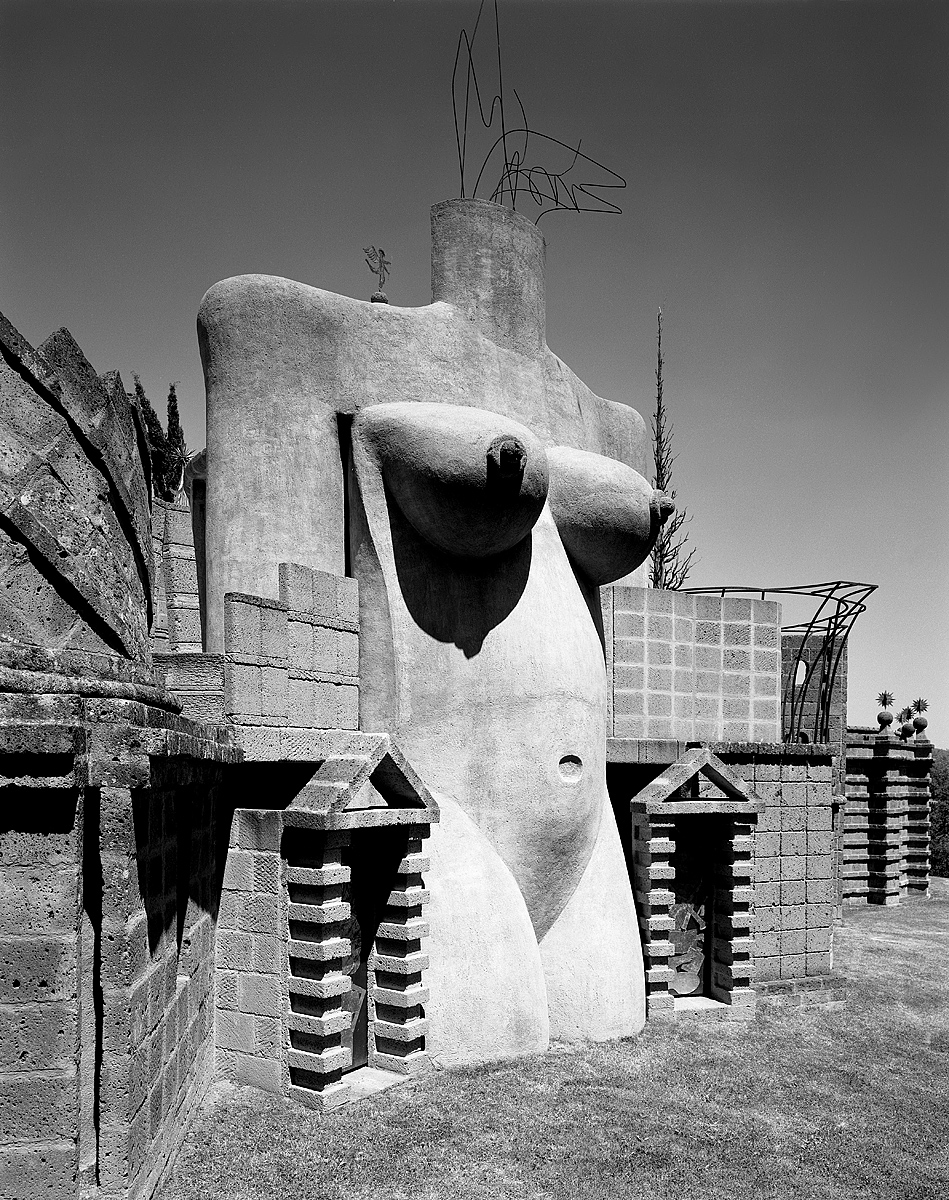 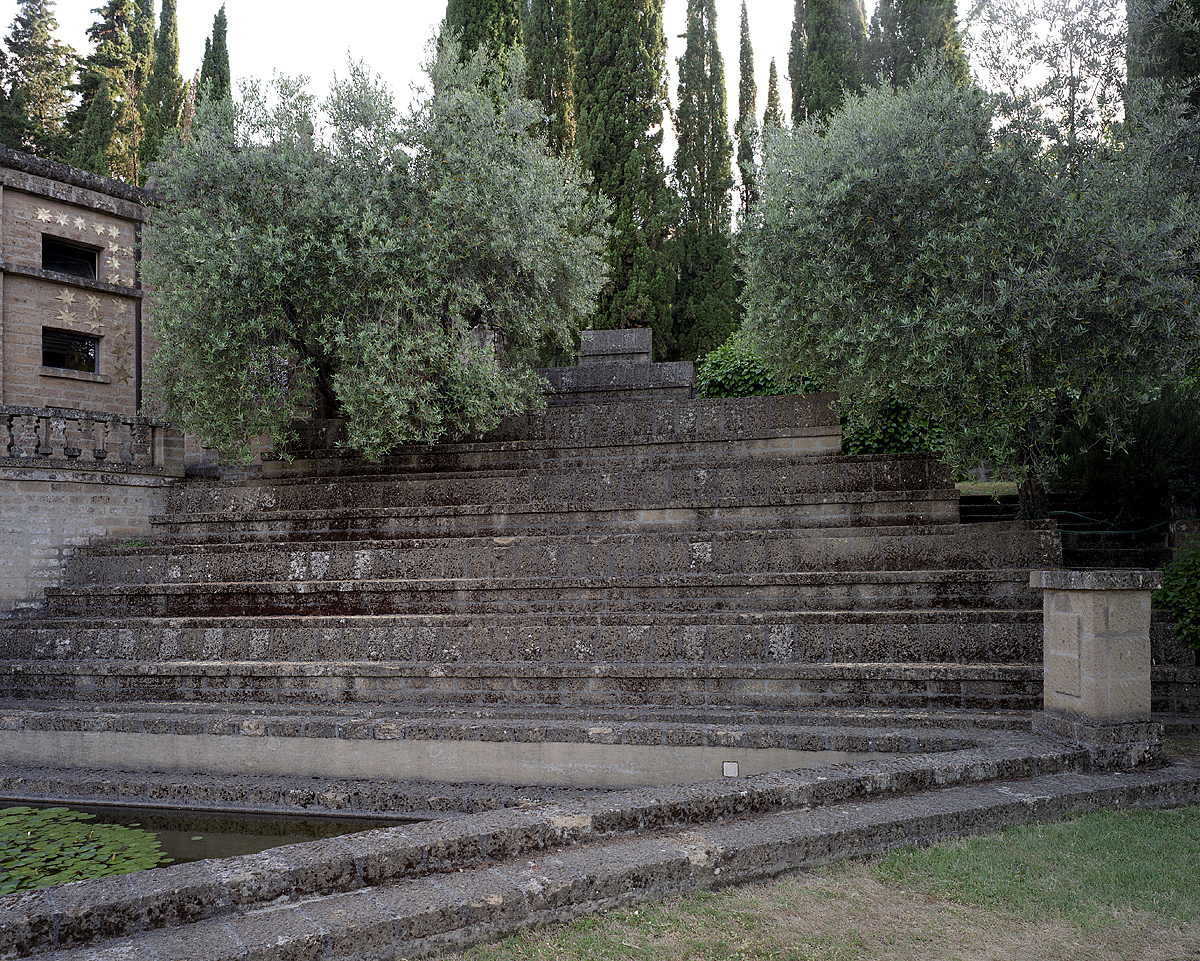 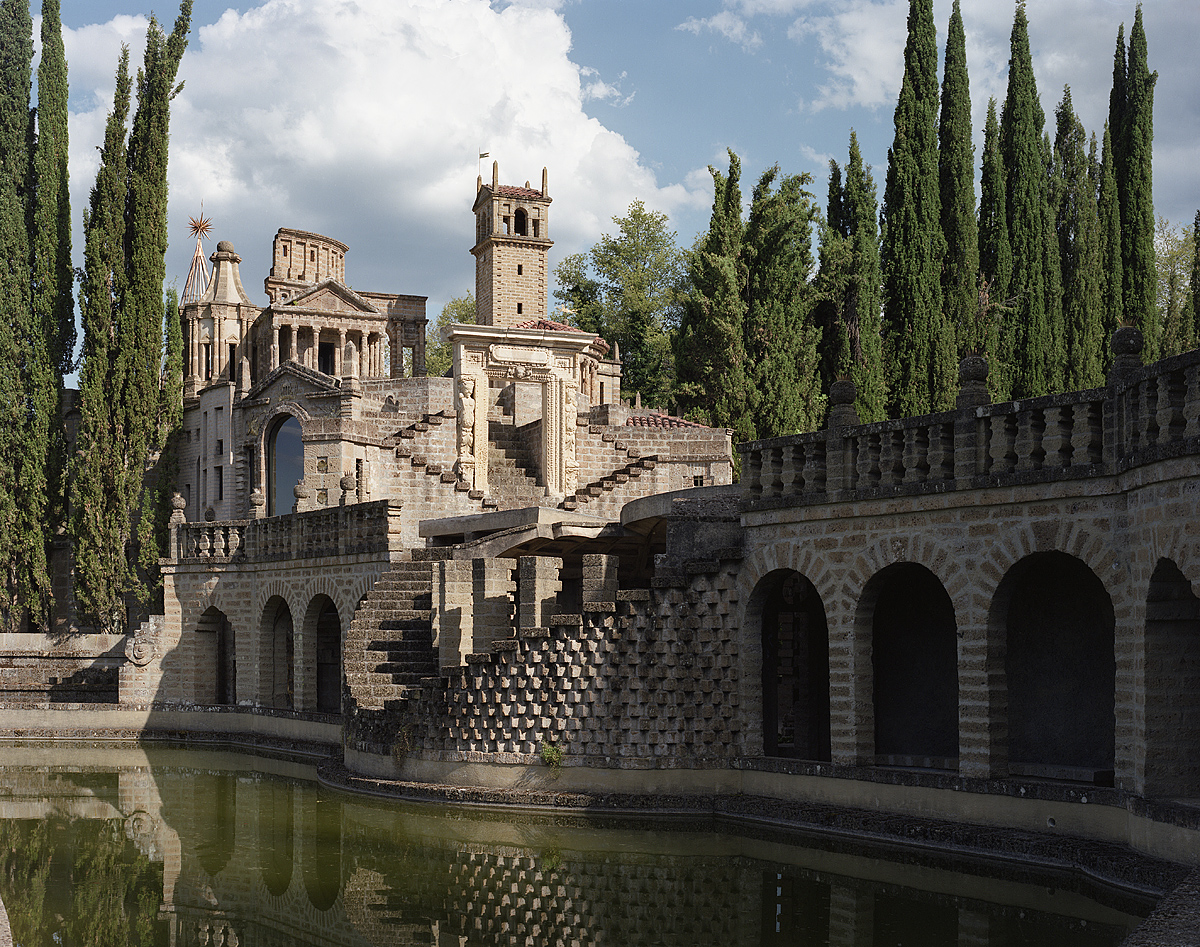 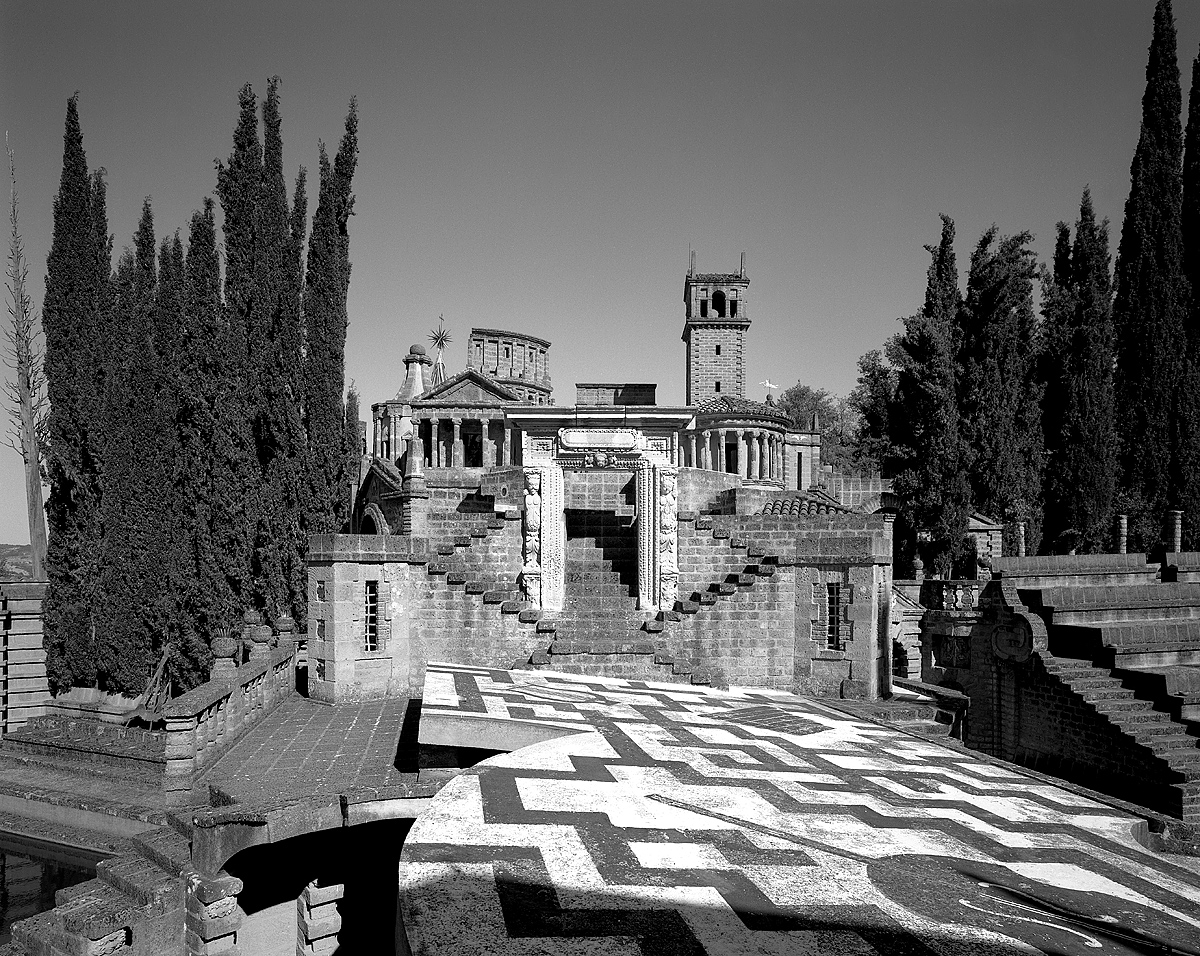 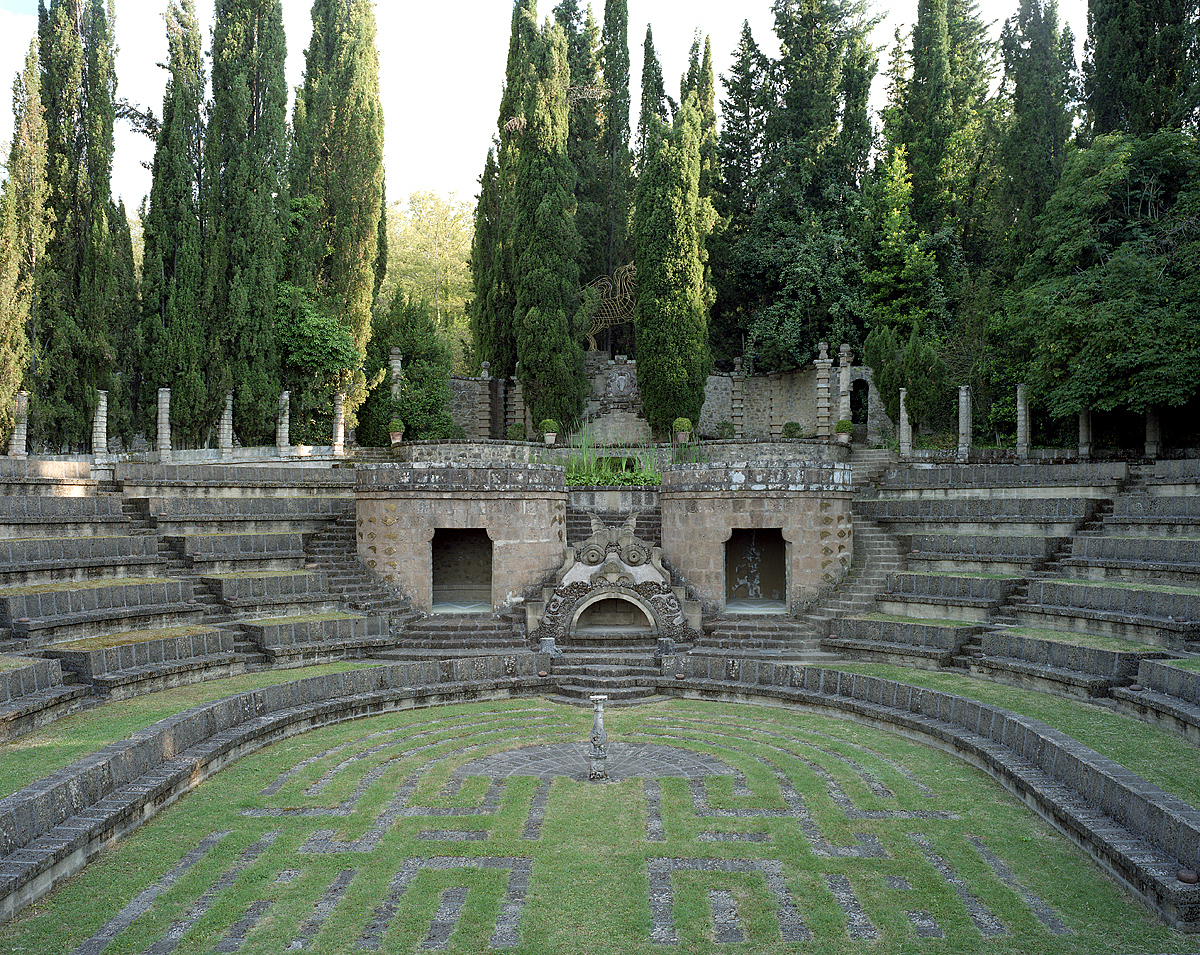 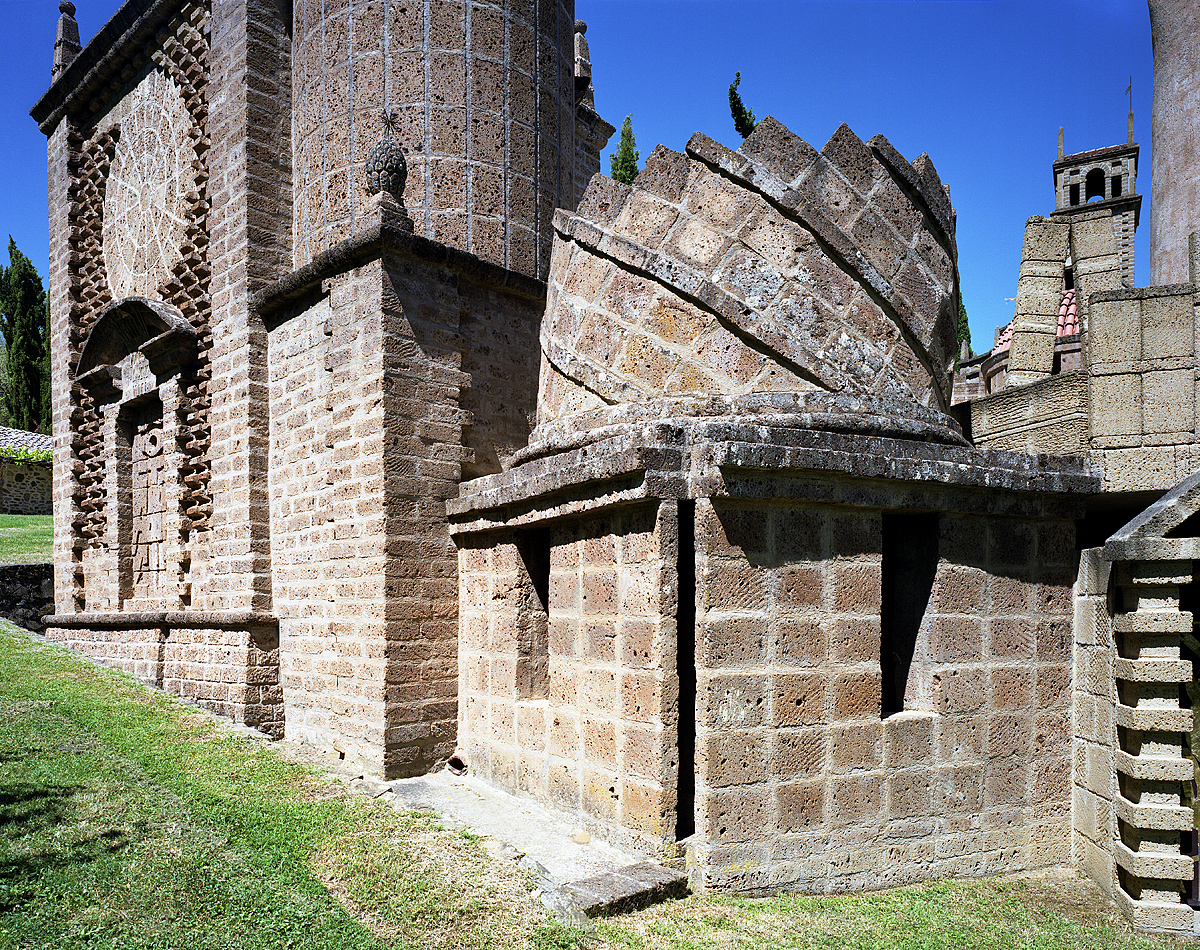 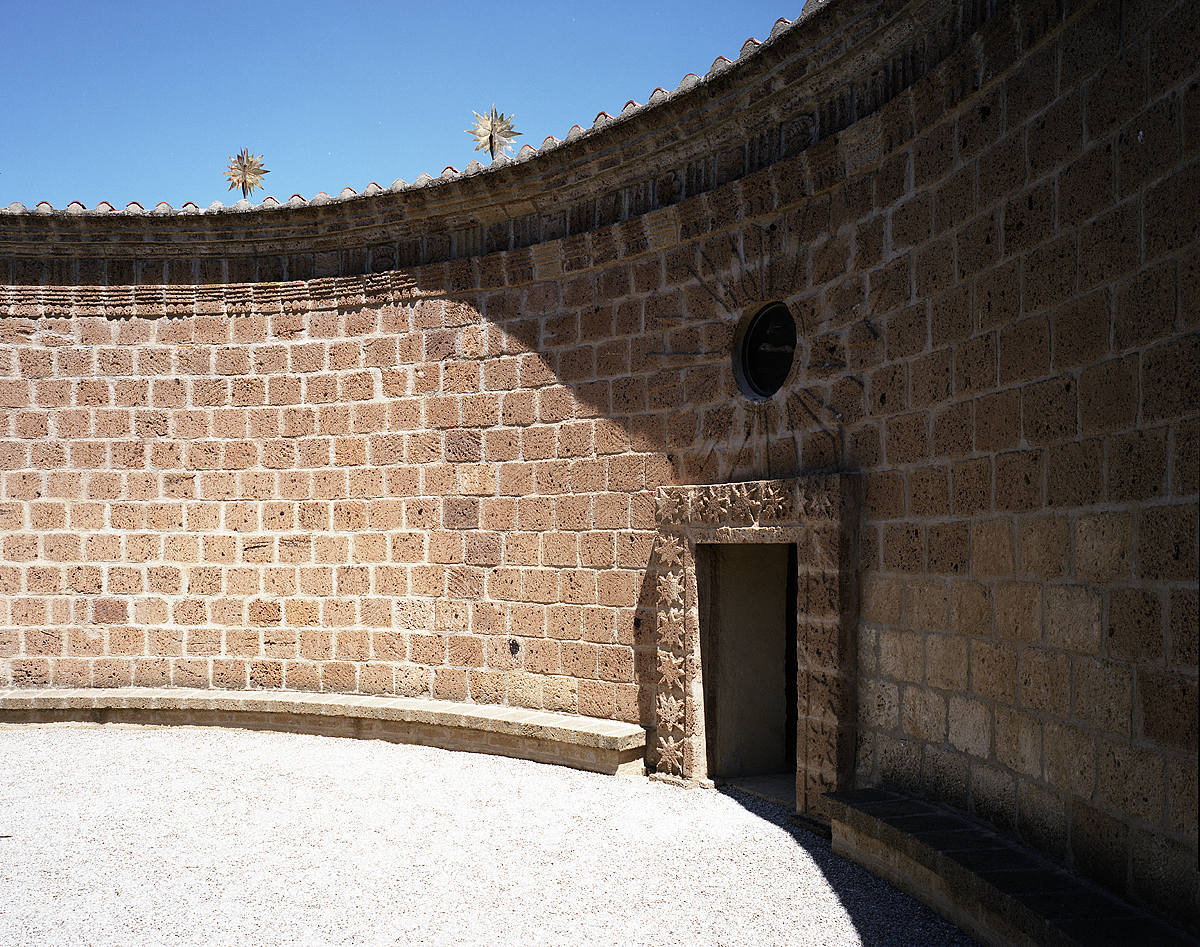 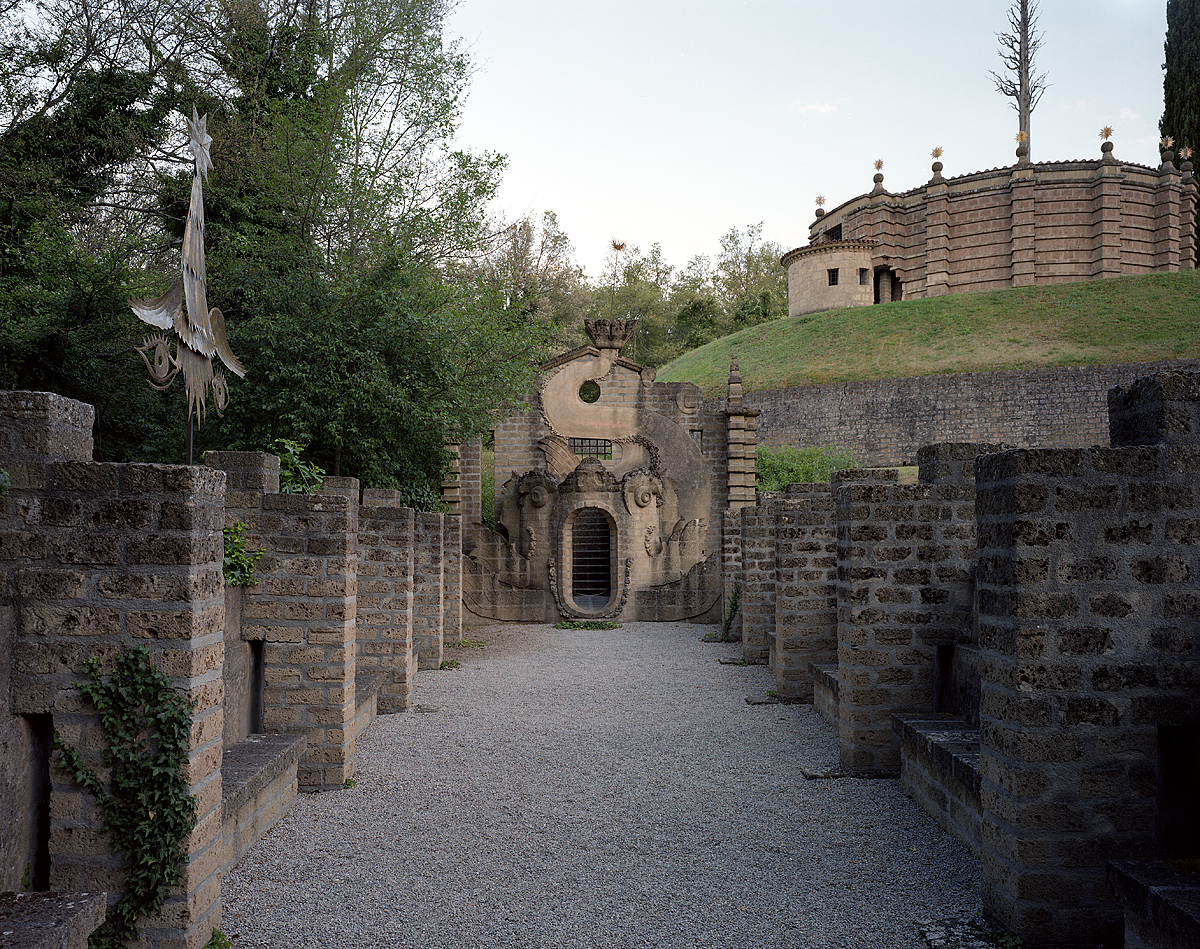 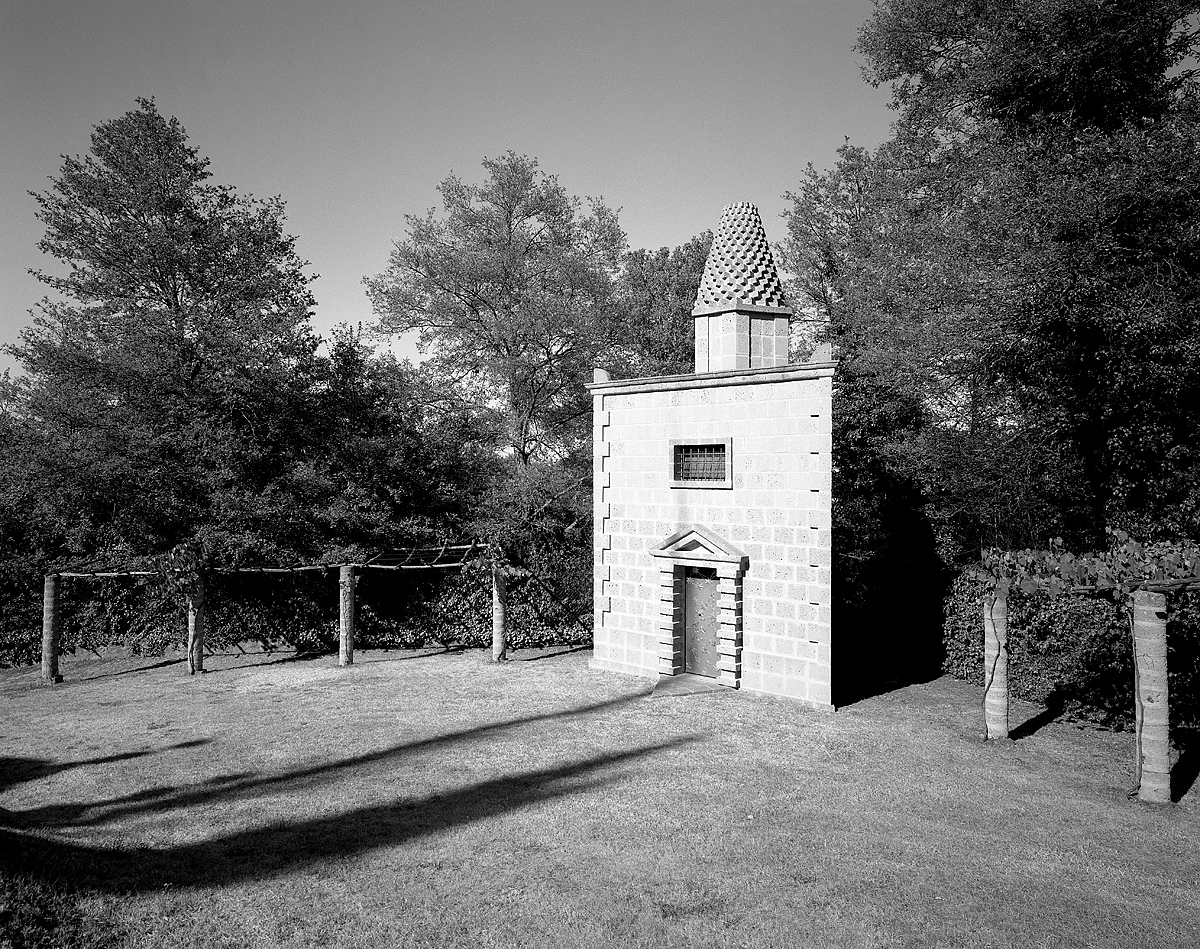 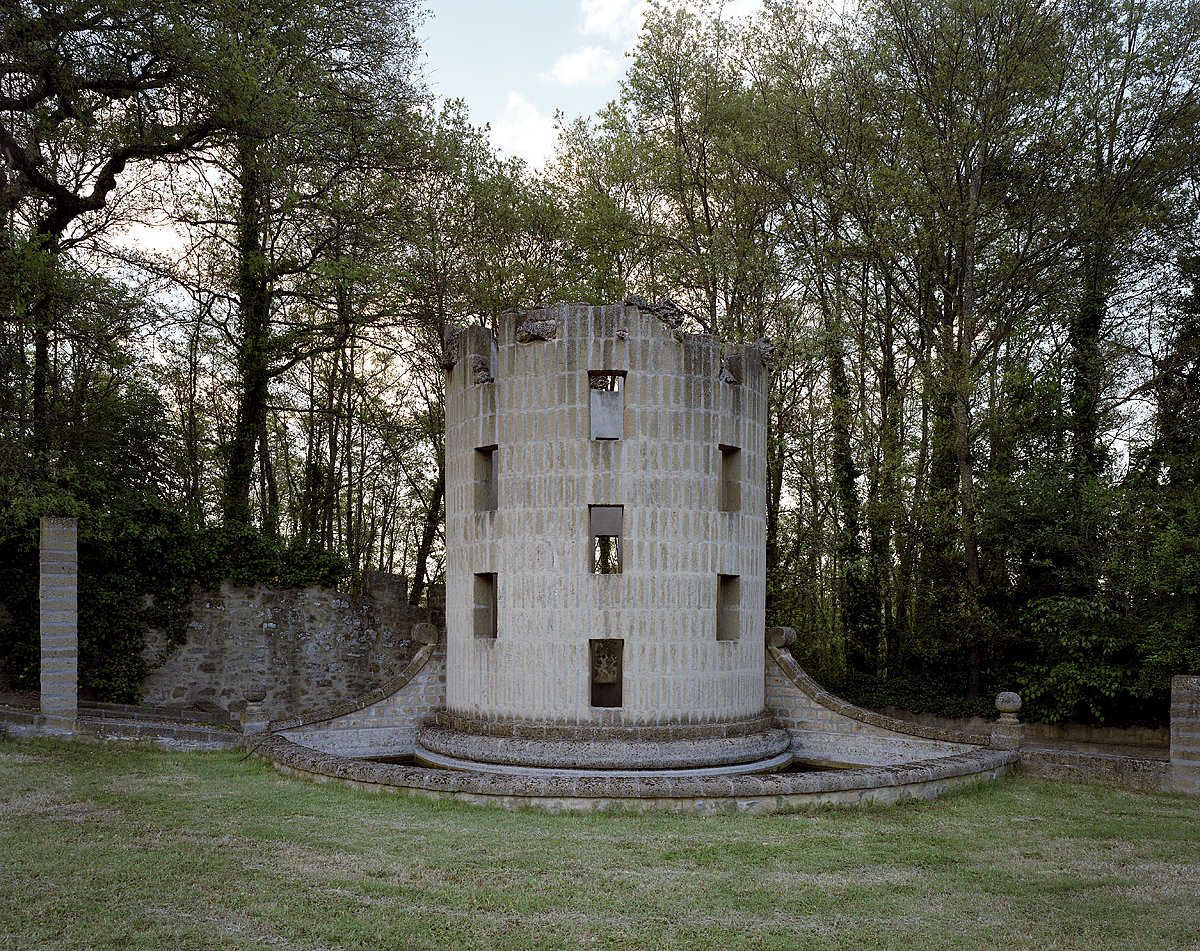 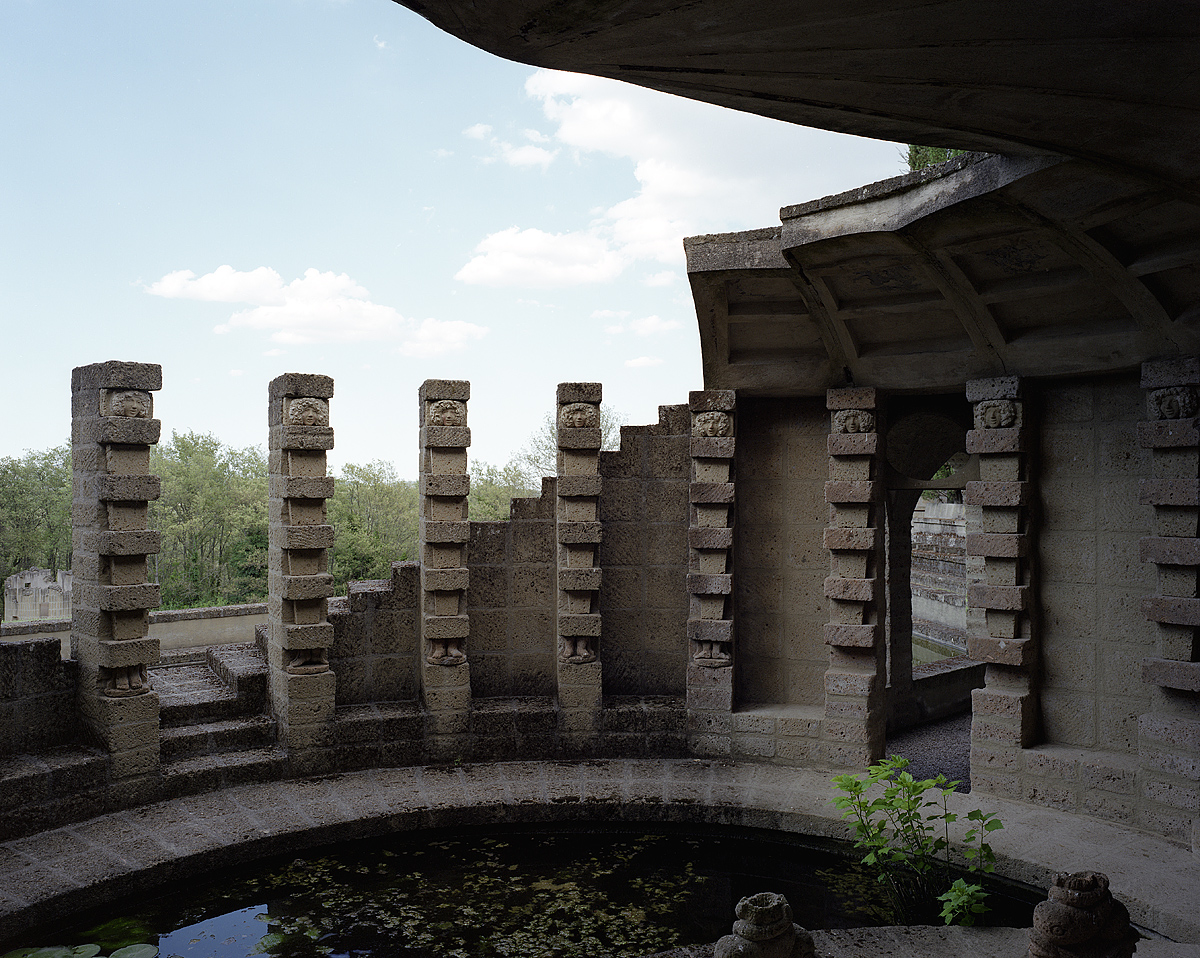 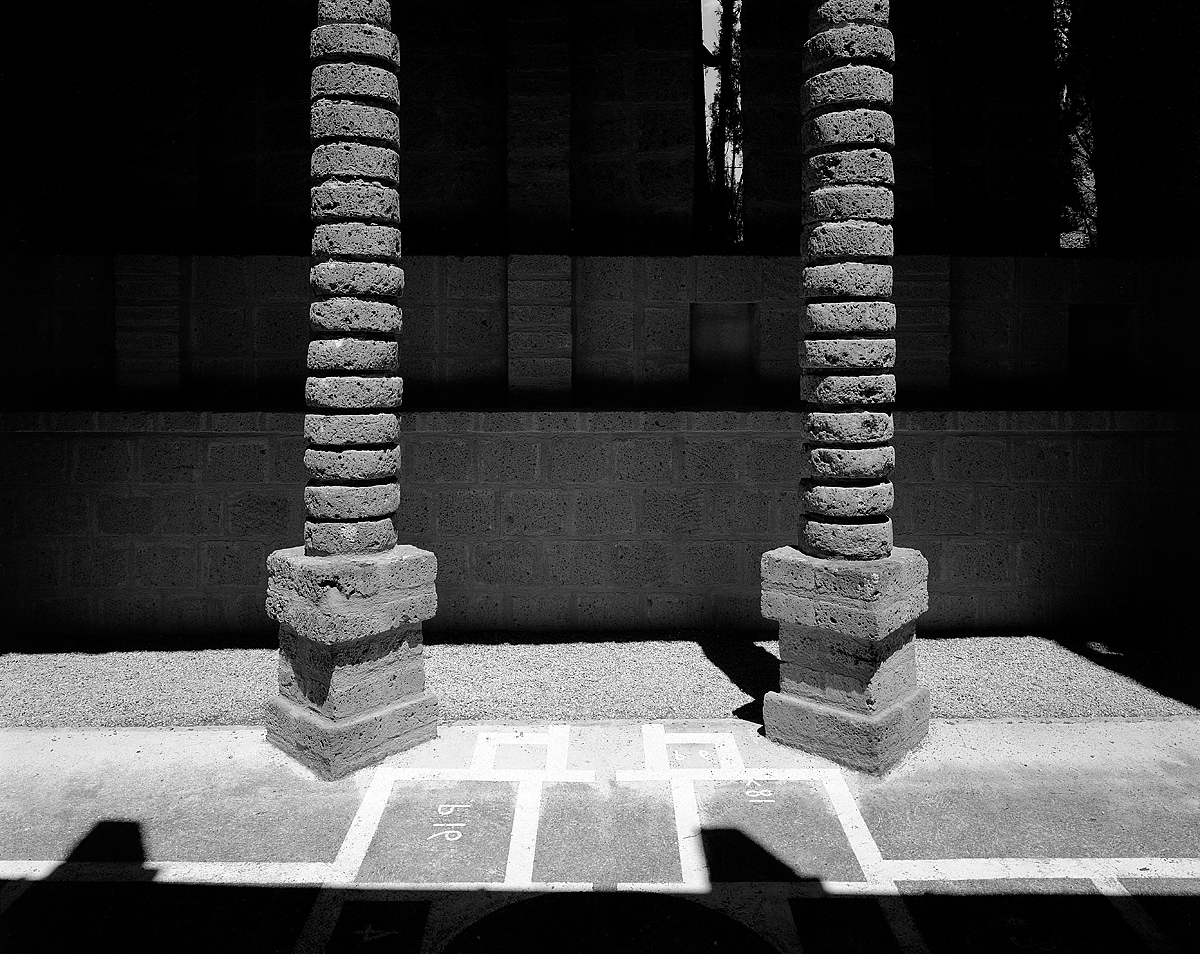 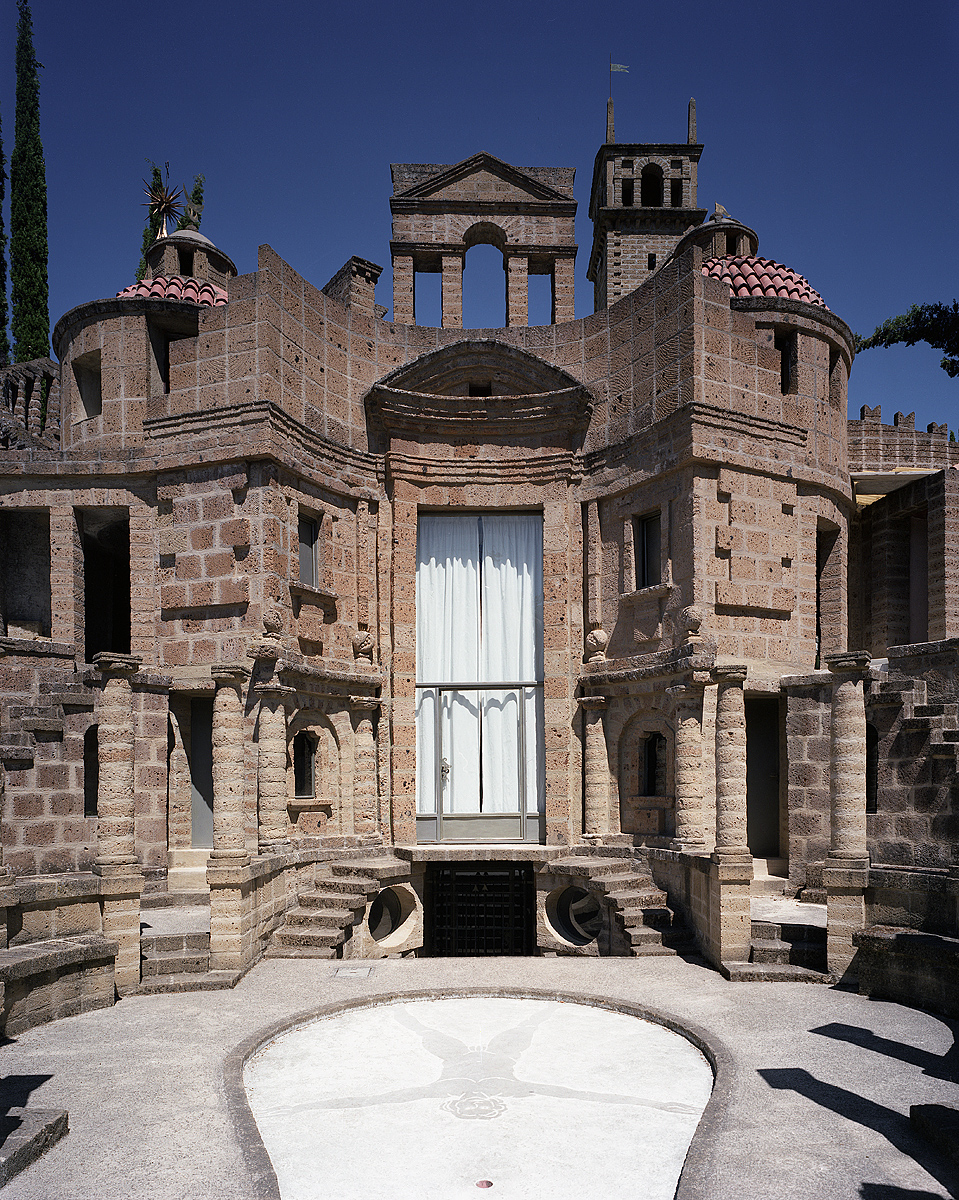 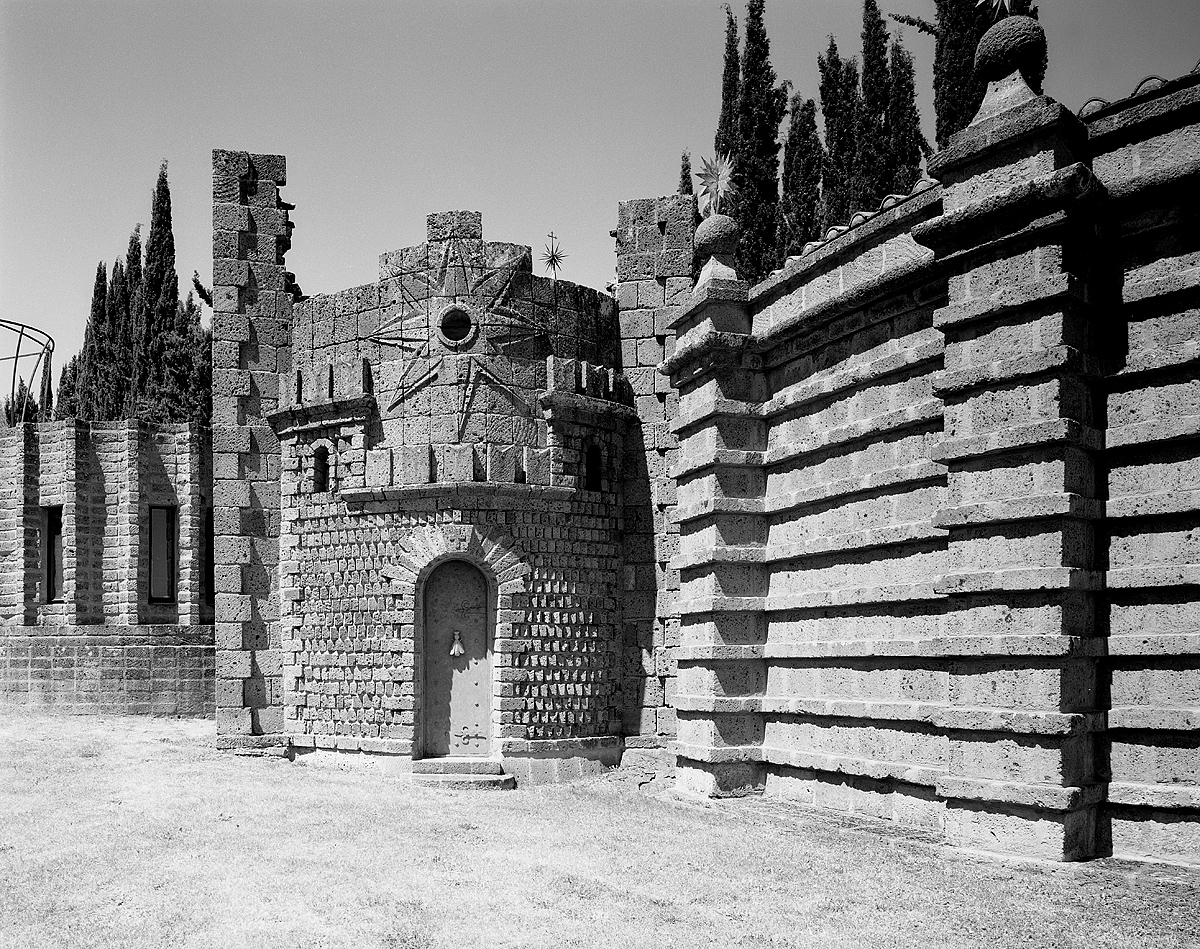 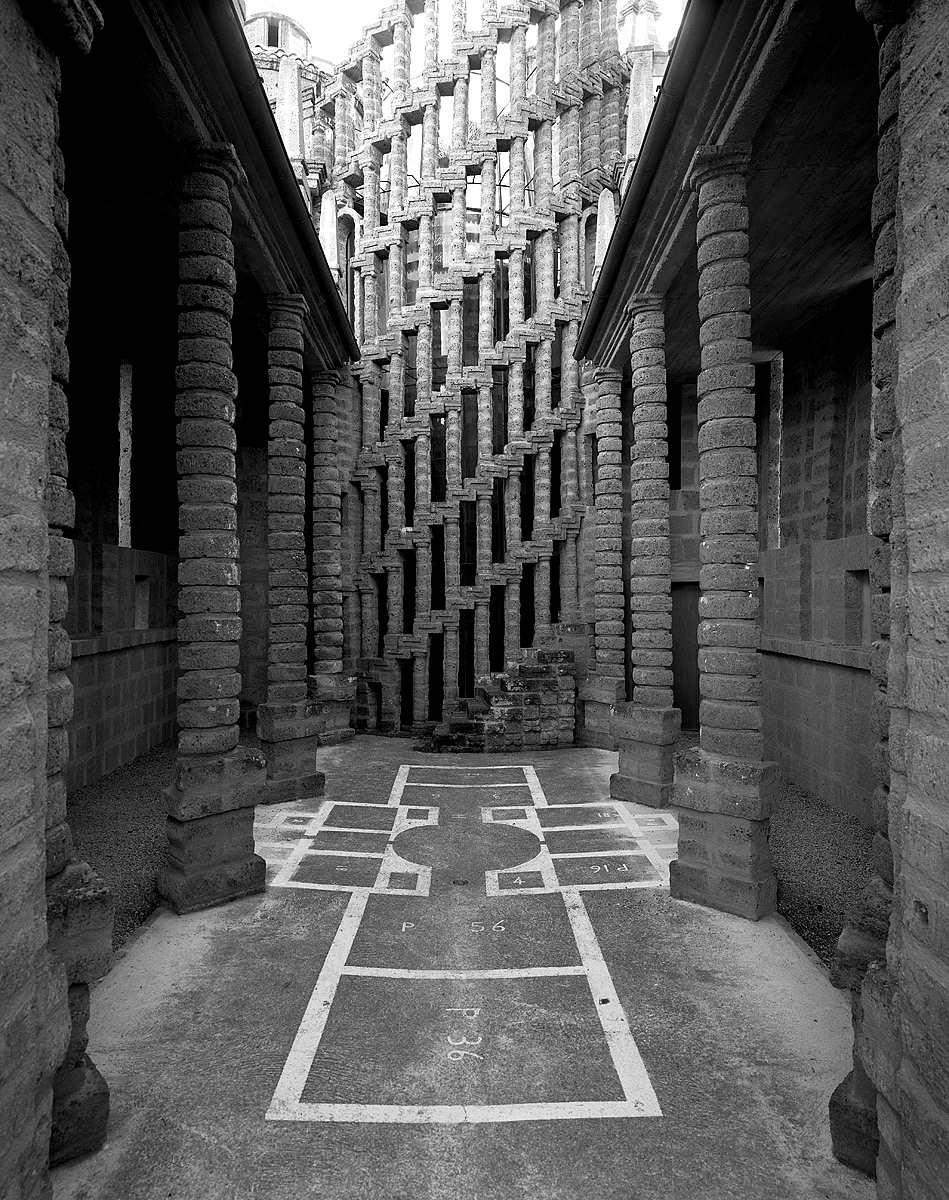 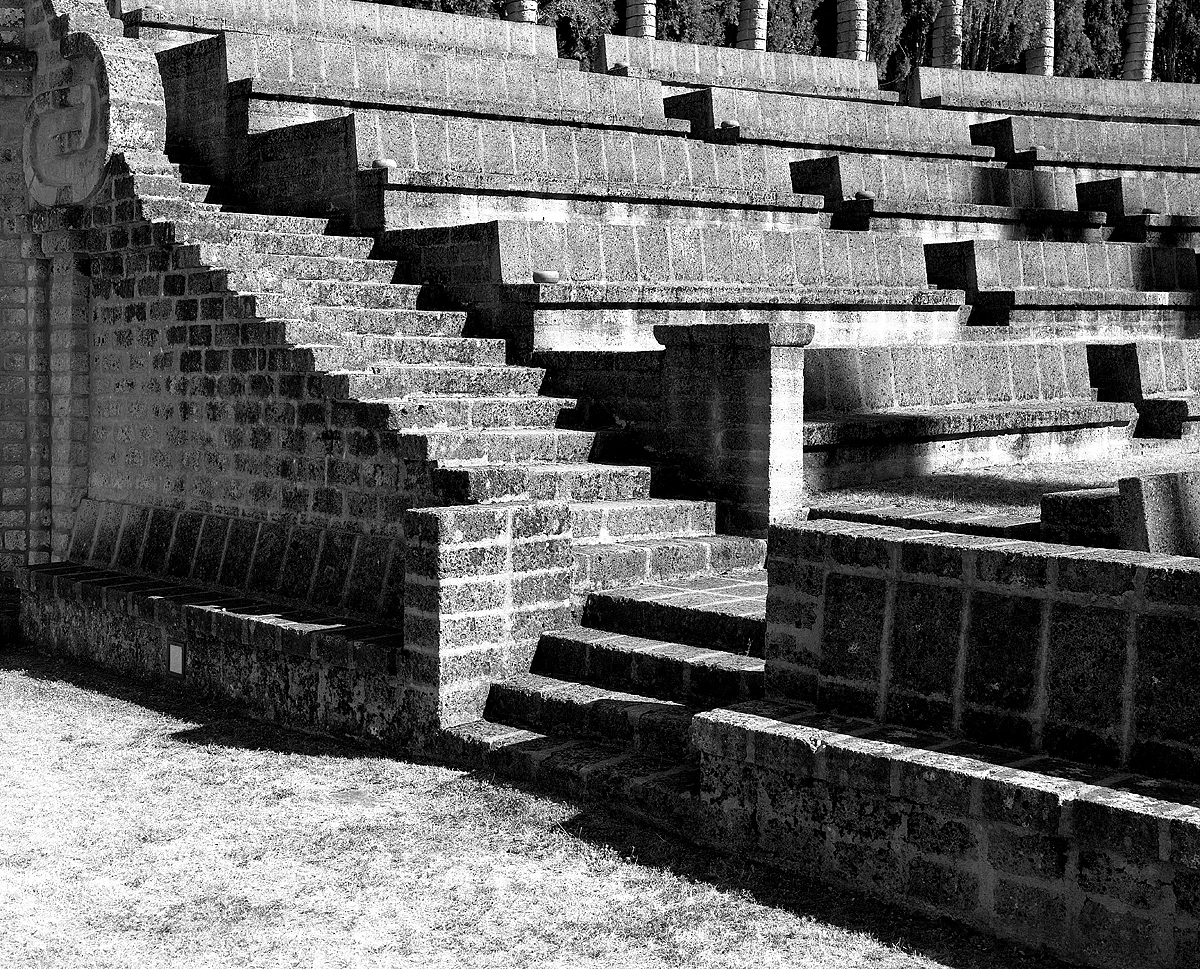 The photographies of Matteo Benedetti of the Scarzuola reproduce the extraordinary work by Tomaso Buzzi (1900-1981), immersed in the heart of the Umbrian landscape. A personal residence of the architect, a prominent figure of the twentieth century in Milan, where Francesco d’Assisi, according to the medieval tradition, laid the foundations of the small convent. This stone autobiography incorporates itself into a sort of compositional accumulation, The reminiscences of a humanist, multiforme and metamorphic culture. The theater of the memorial features a journey of initiation: the symbolic journey of the artist – writer – architect on an ascending path from the hell of reason to the fairy tale (and esoteric) visions of the Hypnerotomachia of Francesco Colonna; references to the garden of Bomarzo, with its grotesques and de-stabilized architecture; the compressed and claustrophobic space of Piranesi prisons; the archaeological references to the Parthenon and Colosseum, to the remains of Ianua Coeli, on the miniaturized acropolis.
The photographic shot by Benedetti recovers and makes his anthological record of architectural objects: the sequence of doors, metaphysical passages in a Dechirichian light; the details of the tufo stairs that rise next to teatrum mundi; the evocative value of the column, replicated as a double theme in the atrium of the Tower of Babel or as a ruddered architecture, a cultivated quotation from the garden of the Desert de Retz; the compressed space of the Adrian Ninfeo; The sensuality of the feminine figure inserted as the scenography and as a portal; Small pavilions guarding the corners of the garden as guardians of silent apparitions. The photographic point of view by the Roman architect becomes itself a form of narrative, serial sequence that resumes shapes and materials with wisdom. The protagonist of this survey is, ultimately, the idea of ​​Time, a time absorbed, meditative that photography (in color and in black and white) incorporates into what a secret element, loaded with mystery.